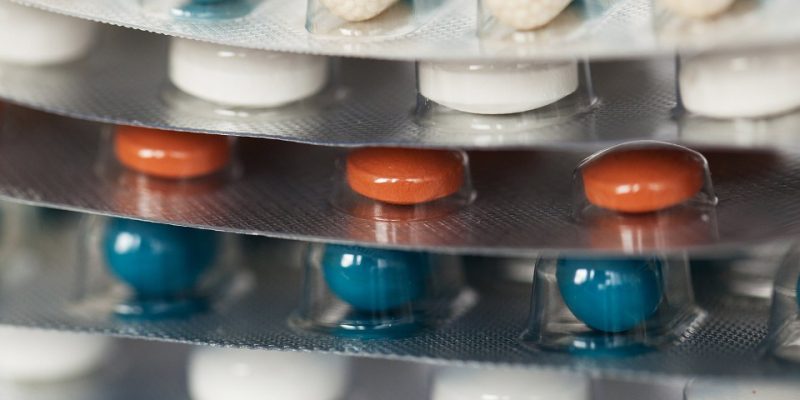 President Donald Trump signed an executive order recently requiring transparency for prescription drug prices. While the order didn’t require any specific steps be taken, it is the closest the administration has come to adopting various elements of a series of proposed Health and Human Services (HHS) rules changes — some of which are inspired by countries with socialist health care systems. (What else is new?)

In 2018’s “Blueprint To Lower Drug Prices,” the President decried proposals to base U.S. drug prices on the international market: “Other countries use socialized healthcare to command unfairly low prices from U.S. drug makers. This places the burden of financing drug development largely on American patients and taxpayers, subsidizes foreign consumers, and reduces innovation and the development of new treatments.”

One such reviled plan, involving price controls for Medicare Part B-covered drugs, is still waiting in the wings hoping for Congress to take action. Particularly now that the Democrats control the U.S. House, it would be up to to the Republican Senate to scrutinize any proposals that make its way through the Capitol.

This writer submitted the below op-ed on behalf of the National Center for Public Policy Research on how such a rules change could stand to wreck Texas’s medical research industry, let alone the national health care marketplace.

But often ignored is Texas’s medical research industry. According to the latest stats, the medical research industry boosts Texas GDP by $61 billion per year, supports around 228,000 jobs, and draws in $1.5 billion (with a “b”) in investment capital poured into 2,000 active clinical trials which give 91,000 Texans early access to experimental drugs.

That’s big. Yet an impending proposal from the Department of Health and Human Services would upend this trend.

To reduce Medicare drug spending, HHS officials are looking to import foreign price controls. This proposal will do little in the long-run to help, despite any short-term savings promised.

Here’s what’s going on in a nutshell: The draft rule would impact Medicare Part B, which helps 2.5 million Texans access drugs that are administered in doctors’ offices and hospitals and not at the drugstore — think advanced treatments for cancer, rheumatoid arthritis, osteoporosis, and the like. Today, doctors typically purchase these medicines directly. Medicare then reimburses physicians the drug’s average U.S. sales price, along with a modest markup to cover administrative fees and such.

Under the new rule, Medicare would instead dictate the prices of these drugs, basing that “target price” to a medicine’s average price in more than a dozen other countries. Officials claim this model will save $17 billion over five years.

It’s not that simple, though. It’s simple Economics 101 to figure out why this is an ill-advised idea.

Doing a little reading, it appears the majority of countries referenced in HHS’ plan use price controls to keep drug prices artificially low. This comes at a great cost. A few examples of this include the Patented Medicine Prices Review Board caps drug prices in Canada, the Economic Committee on Healthcare Products in France, and the National Institute for Health and Care Excellence in the United Kingdom which outright denies patients access to medicines they deem un-affordable.

But is it fair to call the potential new rule an effort to impose price controls? Absolutely. By tying Part B prices to the prices paid in countries with price controls, this policy would unleash all the negative consequences of straight-up price controls. In the near term, American patients could see reduced access to new drugs. And over time, this rule would discourage drug innovation altogether.

Consider that it takes billions of dollars and more than a decade to move one new drug through the research and development pipeline. And only 12 percent of drugs that start clinical trials ever successfully make it to patients. Companies are only willing to risk losing billions of dollars because, in the right market, a successful drug can help them recoup their investment.

Price controls would prevent manufacturers from selling their drugs at a fair price, rendering it all but impossible to earn back initial development costs. Firms would shy away from investing in new projects. Treatments for diseases like multiple sclerosis and Alzheimer’s could die in the lab. In fact, cutting U.S. drug prices by just 40 percent would reduce the number of drug R&D projects by up to 60 percent.

That’s downright disheartening for the 15 million Texans living with a chronic disease, many of whom rely on medical advancement to manage their conditions. It’s even worse news for patients living with terminal conditions — like the 390,000 Texans living with Alzheimer’s — whose best chance at a cure could be squandered by reduced innovation.

Without the ability to profit (sorry if that word is offensive, but that’s how the free market works), biopharmaceutical firms would need to reduce expenses to stay afloat. That means trimming back research spending, thus slowing the development of new treatments and cures. It also means layoffs. In a survey from earlier this year, two-thirds of drug companies expressed concerns about having to cut jobs or even shut down entirely if the proposal takes effect.

By crippling the innovation America is known for, the HHS rule would do far more harm than good. Patients in Texas and across the country are now counting on members of Congress to step in to stop this socialism-inspired plan. Sen. Ted Cruz is surely an advocate of the free market, and fortunately we also have Sen. John Cornyn who has been one of the fiercest champions of medical innovation. Hopefully our U.S. Senators will act to swing the pendulum back in the direction of lower (and long-term) prescription drug prices and greater competition.