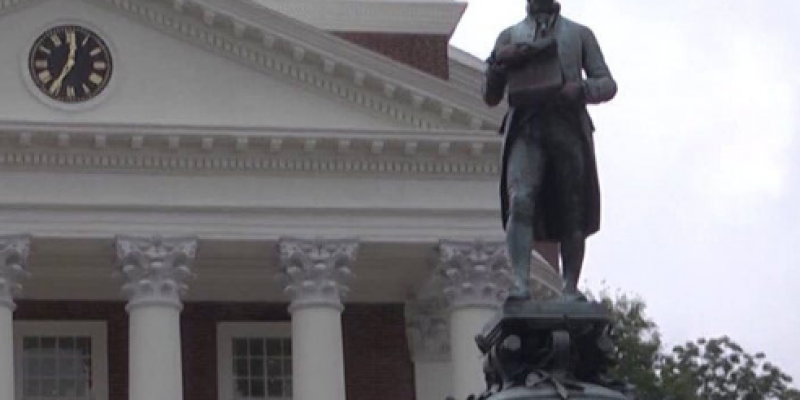 Charlottesville City Council just voted to abolish the celebration of Thomas Jefferson’s birthday because the author of the Declaration of Independence was a slave owner.

The council voted 4-1 to remove April 13 as a paid holiday from its city calendar. Councilor Kathy Galvin was the only one who voted against it, previously citing Jefferson’s contributions to the founding of America.

The council next voted (unanimously) to establish March 3 as “Liberation and Freedom Day,” designating the day for city employees a floating holiday.

Jefferson forced more than 400 people into slavery during his lifetime at Monticello, the council argues. He also allegedly fathered children with one of his slaves, Sally Hemings, whom he never emancipated, according to the Thomas Jefferson Foundation, which owns and operates Monticello.

Sheridan occupied the city until March 6, which resulted in many slaves becoming free under Union occupation.

During the public comment period for a similar vote in a neighboring town, supporters held signs stating Jefferson was a racist and a rapist. Hecklers also shouted that Jefferson didn’t build Monticello or the University of Virginia– slaves did.

Lisa Woolfork, an associate professor at the University of Virginia, said of Jefferson being a slave owner: “Thomas Jefferson is the R. Kelly of the American Enlightenment,” referring to an American rapper facing 10 counts of sexual abuse. “Their non-consensual sexual relationship was normalized by the brutality of the age,” she added.