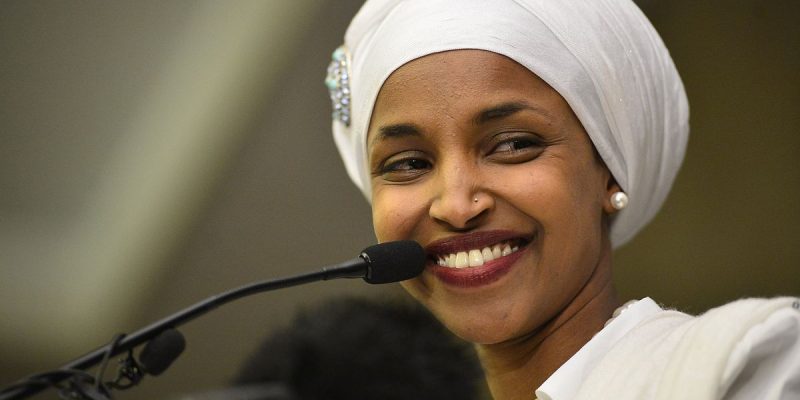 New poll results reported by Axios found that only 9 percent of Democratic swing voters have a favorable view of Rep. Ilhan Omar and only 22 per cent view Alexandria Ocasio-Cortez favorably.

Top Democrats are circulating the poll, sounding the alarm that swing voters know and dislike socialism, warning it could cost them the House and the presidency, Axios reports.

The poll was conducted in May before the latest conflict emerged between House Speaker Nancy Pelosi and freshman congresswoman Alexandria Ortega-Cortez and three other liberal House freshmen congresswomen called “The Squad.”

It was conducted among 1,003 likely general-election voters who identified as white and have two years or less of college education.

Axios says “These are the ‘white, non-college voters’ who embraced Donald Trump in 2016 but are needed by Democrats in swing House districts.”

The group administering the poll shared the results with Axios “on the condition that it not be named, because the group has to work with all parts of the party.”

It found that 74 percent of voters polled recognize who Ocasio-Cortez is and only 22 percent have a favorable view of her.

Fifty-three percent recognized Omar and of them only 9 percent have a favorable view.

Among those polled only 18 percent view socialism favorably. The majority, 69 percent, view it unfavorably.

“Socialism is toxic to these voters,” a top Democrat told Axios.

“If all voters hear about is AOC, it could put the [House] majority at risk,” said a top Democrat who is involved in 2020 congressional races. “[S]he’s getting all the news and defining everyone else’s races.”