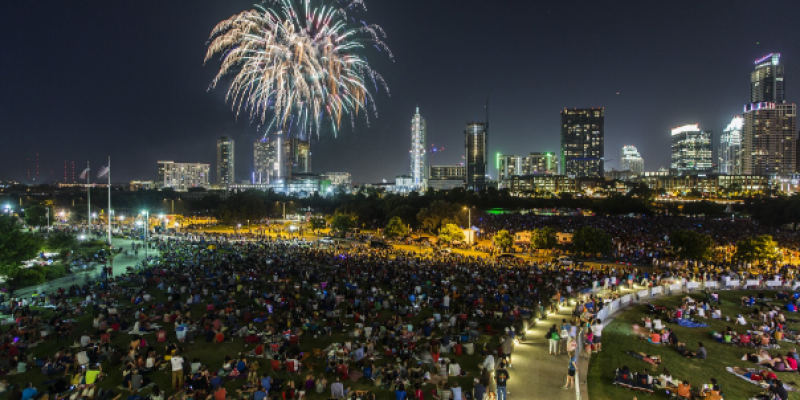 July 4th is always the time of year for red-blooded, patriotic Americans to fire up the grill, throw the kids around in the pool, wave a few flags and shoot off some fireworks for Independence Day… all in the name of celebrating the fact that we live in the greatest nation the world has ever seen.

Yes, without question, America is the greatest nation. There are no asterisks on that statement. Don’t let anyone tell you any different.

Sure, we spend far too much of our time these days shooting ourselves in the foot and annoyingly arguing on social media about our different opinions, but the unparalleled freedom that allows us to do all of that to ourselves is actually part of what makes us so special. The very fabric of our country started as part of a rebellion, and 243 years later that feisty independent streak in all of us is still strong as garlic. We began as rabble-rousers and, whether we like it or not, that national tradition still runs deep in our collective bones.

That rebellion back in 1776 was because our founding fathers were sick and tired of mother England using their big government ways to constantly tell them what to do, say, plant, tax, worship, sell, consume, etc. They wanted the freedom to make their own decisions. They wanted independence.

These early founding fathers also recognized clearly something else that too many of us modern-day Americans seem to forget: with all that freedom comes the elevated demand for personal responsibility. It was a package deal and the stakes were high.

They knew there was risk involved. They knew this whole America thing might not work. Freedom and liberty were just a concept and the quest to attain it could have gone wrong in so many ways. They bravely risked the loss of all that they owned… imprisonment… even death, and they did it in so many more ways than we can even imagine today. When is the last time you rolled the dice like that?

As you flip the burgers this week, don’t just raise a toast to freedom without also showing some respect for the healthy dose of personal responsibility that gets served up with it.

Today, it seems too many Americans want to have their cake and eat it too. They want all the fun that comes with liberty and freedom but without the risk and work that accompanies it.

Personal responsibility isn’t just some touchy-feely concept; it is the key to everything. For example, our biggest workforce challenge today is the fact that too many of our people have trouble with reading, writing, drugs and soft skills (code for manners). That reality is a sad indictment of our society on so many levels. Think a diminished value in instilling personal responsibility over the years has any impact on those tough issues? Of course, it does.

When did expecting and demanding manners, hard work, respect and personal responsibility slip off the checklist of what it means to be an American?

This country is awesome because it guarantees everyone the right to pursue the American dream. It does not, however, guarantee everyone will get the hand-designed American dream of their choosing on their own terms delivered to their door. You have to work for it. You have to play by the rules. You have to love this country, live by its ideals and sometimes put country first. You have to be a good person and that includes being an involved parent. Sometimes everything goes according to plan and sometimes it doesn’t, and that is just the way it goes. Every now and then you must take a risk and live with the consequences of those decisions. This is what freedom and liberty used to look like.

When our founding fathers threw tea in the harbor, they didn’t demand less taxation AND free tuition for everyone. When they crossed the Delaware to fight for freedom, they didn’t do it while protesting for free government-run health care regardless of how well they took care of their own bodies. When they yelled for England to give them liberty or give them death, they really meant it.

They didn’t skip work when they felt like staying home to binge-watch their favorite show and they didn’t hire a lawyer every time they got their feelings hurt. They sucked it up more times than they wanted to, and they didn’t whine about having to do so.

It’s time to get back to basics. It’s time to remember why this whole thing called America even started in the first place. It was because roughly 250 years ago some brave people wanted the opportunity to build their own life on their own terms and with certain values. They wanted liberty and were willing to lay it all on the line to get it.

Maybe this week, it is appropriate to reflect on whether we have done a good job as descendants in carrying on the legacy of our founding fathers as they intended. Have we created the America they themselves dreamed of? Or are we on the path of recreating the England they risked everything to get away from? If we are being honest with ourselves as a society, it is time to get this thing back on track.

July 4th is Independence Day… not dependence day. Let’s all take the personal responsibility to start acting like it.