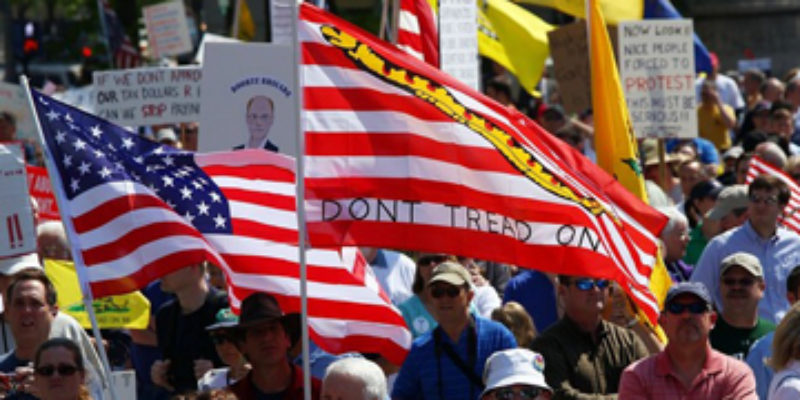 Here are some of the things we’re going to talk about today, Tuesday July 2, 2019.

The Trumpy right finally begins to lay an intellectual foundation: One of the criticisms that have been laid at the feet of the Trump movement is that it really does not have an intellectual foundation. But that is beginning to change. This weekend, there was an excellent piece in The Atlantic that outlined what some of the so-called “post-liberal right” are pushing for and a profile of the religious conservative magazine First Things which has taken up the task.

This line in The Atlantic piece more or less describes your average right-wing voter, “The kinds of arguments First Things is interested in line up with the sensibilities of most Americans, [First Things editor Matthew Schmitz] said: family oriented, generally patriotic, at least vaguely religious, and supportive of moderate government social-welfare spending.”

I also recommend this op-ed by U.S. Senator Josh Hawley (R-MO) in The American Conservative as well.

The problem the right was facing pre-Trump was that much of the intellectual leadership of the right were, in reality, a bunch of progressives who drive the speed limit. Look at how many “Never Trumpers” turned out to be progressives. It had lost touch with what motivates voters to vote for conservative policies. The post-liberal right is important in restoring balance among the intellectual right.

Now here’s where I become skeptical of the post-liberal right, I don’t think they can win alone. They can’t win without the more traditional libertarianish right. The American right has always been a coalition of free marketeers, traditionalists, and nationalists. Completely jettisoning one faction always leads to disaster but the needs and concerns of all factions need to be taken into account.

Here’s the problem with a blanket ban, encryption is used by many non-criminals all the time. As a journalist, it is important to have secured communication with sources. This would impact my ability to work. This is a bad idea.

Biden falls in new poll of Dems: Joe Biden took a tumble in the latest CNN post-debate poll. He has also taken tumbles in other polling done since the debate while Kamala Harris has risen.

I have never believed that Biden would be the Democratic nominee. He’s just a lousy candidate for many reasons. He’s gaffe-prone and comes across as really old and tired when he speaks. This is a major problem for Dems who appear to be set to nominate a far-left candidate, no matter who actually wins the nomination.

Dem presidential candidate claims “oppression” is why he doesn’t speak fluent Spanish: Julian Castro, who is polling around 1%, claims that his parents felt “internalized oppression” and that’s why they made sure he learned English instead of Spanish. But don’t worry, he’s correcting that by making sure his kids speak both English and Spanish.

Bill De Blasio wants you to pay for sex change operations: Under De Blasio’s healthcare plan, taxpayers would foot the bill for gender reassignment surgeries. “Absolutely. We have to respect everyone’s medical needs,” de Blasio said.“If someone needs surgery to be full and to live their life fully — the idea is a health care system that actually serves everyone to the fullest, not a health care system that rations and causes people to struggle to get just a little health care,” he added.

This is the problem with government-run healthcare, every medical procedure becomes a public policy debate. Also, the idea that there wouldn’t be rationing in a government-run system is absurd.

RIP John Walton: John Walton of the “Walton and Johnson Show” passed away last night. Thanks for the laughs you funny son of a bitch. You will be missed.