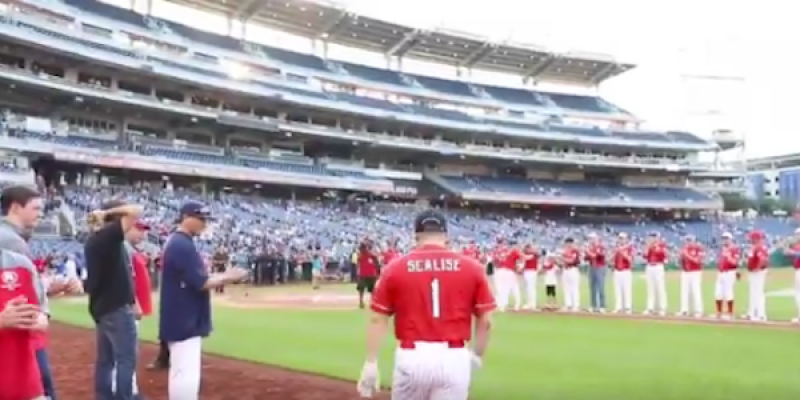 It’s great to see Congressman Steve Scalise out on the field playing baseball, let alone alive and well after he was shot two years ago by a Bernie Sanders supporter. Democrats continue to incite violence against conservatives and Republicans, even after Republicans were targeted and shot at two years ago at a bipartisan game.

Hard to describe the feeling of being back on the field with my teammates at the Congressional Baseball Game this week, just 2 years after being attacked at practice because we're Republicans. I thank God every day for the progress I've made—and the chance to play baseball again. pic.twitter.com/v8As2WhZSz

Scalise told the local and national media about what it’s like two years after being shot.