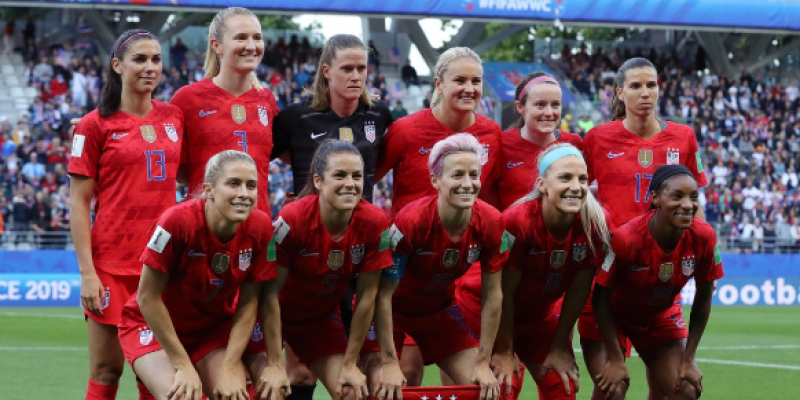 With all the talk about the U.S. Women’s National Soccer team, local news in Texas pointed out that a FC Dallas under-15 boys academy team beat them in a scrimmage.

The U.S. women’s national team lost to FC Dallas U-15 boys academy by a score of 5-2, according to the team’s website.

Prior to the match, the women’s team lost the SheBelieves Cup. They won the first game over Germany 1-0 and then went on to lose to England (1-0) and France (3-0).

The team tweeted in April of their win:

Former BUSA player Tanner Tessman (currently at FC Dallas) got to play against the USWNT in preparation for their game versus Russia. pic.twitter.com/kOH0Y4zPPR

The women’s team has made international news because one of its lesbian players and co-captain of the team, Megan Rapinoe, refuses to stand for the Pledge of Allegiance.

She told Yahoo Sports she will no longer participate in patriotic displays as a way to protest of the Trump administration. She said because she is “as talented as I am” she can use her platform as an “f-you” to anyone she opposes.

“I feel like it’s kind of defiance in and of itself to just be who I am and wear the jersey, and represent it. Because I’m as talented as I am, I get to be here, you don’t get to tell me if I can be here or not. So it’s kind of a good ‘F you’ to any sort of inequality or bad sentiments that the [Trump] administration might have towards people who don’t look exactly like him. Which, God help us if we all looked like him. Scary. Really scary. Ahh, disturbing.”

Irrationality at its best. She obviously doesn’t represent America and shouldn’t be leading the team.