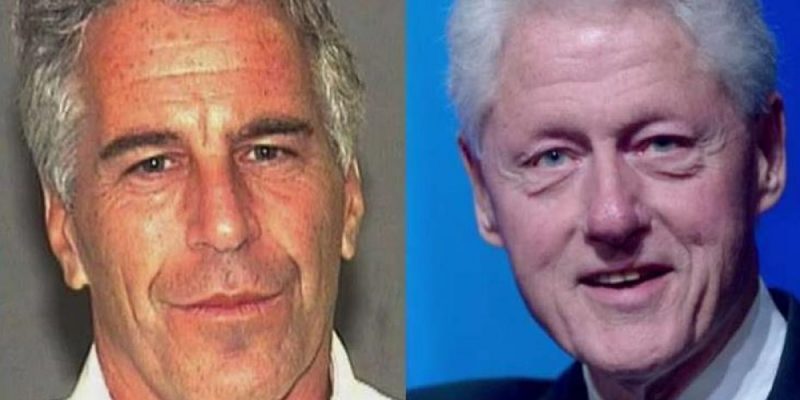 You really can’t blame people for thinking so given all of the folks who got themselves crossways with the Clintons and ended up dead – and given the long-standing and “delicate” relationship Epstein had with Bill Clinton, who was a frequent passenger on the Lolita Express and clearly partook of Epstein’s harem of underage concubines, there might not be a Clinton associate more susceptible to an unfortunate fate than the high-class pimp and apparent blackmail artist than the one who suffered a mysterious next injury Tuesday night in his jail cell.

Convicted pedophile Jeffrey Epstein was found in his cell on Tuesday nearly unconscious with injuries to his neck after a possible suicide attempt, sources said.

Epstein was discovered by guards sprawled out on the floor at the Metropolitan Correctional Center, where he’s being held without bail on sex-trafficking charges, according to law enforcement sources.

The multimillionaire financier was taken to a nearby hospital.

Investigators believe Epstein may have done it to himself on purpose, possibly as a ploy to get transferred out of the jail, sources said.

It was also possible that Epstein was attacked by another inmate, the sources added.

What’s even more interesting about this is Epstein has a cellmate named Nicolas Tartaglione, who is a former cop in jail for allegedly killing a man he accused of stealing cash meant for a sizable drug deal, plus three bystanders. Tartaglione, who claims to be pals with Epstein, was busted with a cell phone the feds are very intent on getting access to for some reason – making for an exceptionally thick plot in light of Epstein’s “accident.”

There is a school of thought about Epstein and how he managed to become a prominent money manager in the first place. Essentially the theory is that Epstein ran girls – and we do mean girls – for the richest, most morally bankrupt people around. And when he arranged sexual trysts for those well-heeled reprobates he recorded the action.

Then it was a simple blackmail scheme. Invest your money with him, which he would put into something simple like a market index fund so that the money wouldn’t likely be lost or perform worse than the average, and your secrets stay secret. Epstein would even continue to supply you with underage girls willing to fulfill your sexual desires.

As blackmail goes, it’s not all that dastardly a scheme – especially if you’re the kind of slimeball who likes the idea of teenaged prostitutes in your bed in the first place. Which of course means that Bill Clinton would be an enthusiastic participant.

But people in a position to have dirt on the Clintons tend not to last very long, so much so that the Arkancide meme is a pervasive one and not just in the Alex Jones circles. It neither started nor ended with Vince Foster or Ron Brown. Whether there is an active conspiracy to “handle” people with potentially damaging information on the Clintons or whether it’s just a strange coincidence that so many people in such a position have met with untimely ends, the fact is almost nobody didn’t expect something awful to happen to Jeffrey Epstein once he went to jail.

And now it has.

Nobody is surprised. Particularly given the revelation this week, almost coinciding with Epstein’s injury, that he had made multiple trips to the White House while Clinton was president.

Maybe Epstein did try to kill himself. Maybe somebody tried to kill him not because the Clintons put them up to it but because prison inmates commonly do horrendous things to those convicted of molesting children. We’re in no position to say.

But there will be a whole lot of people who’ll assume this was a case of attempted Arkancide. Frankly, we can’t dismiss the possibility at all.