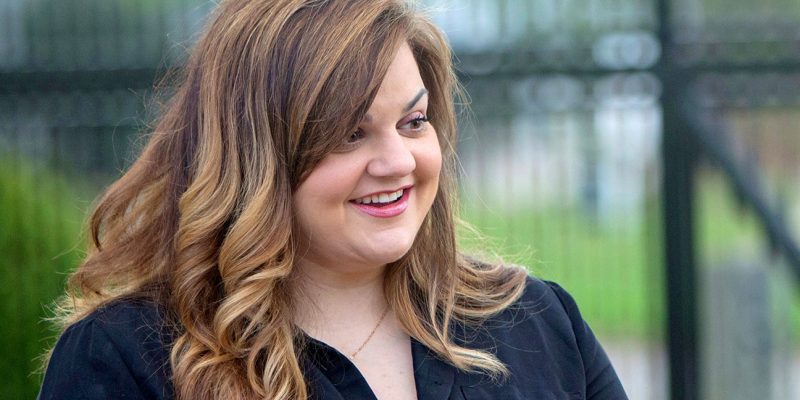 Anti-abortion activist and former abortion worker Abby Johnson made headlines recently for sending the “Unplanned” movie, which is based on her story, to every abortion worker in the US.

Abby Johnson is a former planned parenthood director who climbed her way to the top of America’s largest abortion provider.

Abby had a life-changing experience when she was asked to assist on a rare ultrasound-guided abortion. She described what she saw as a baby fighting for his life, moving away from the tools that would end his life, and this ultimately would move her life in the opposite direction.

She left the abortion industry after her eyes were opened to the ugly truth that is abortion. She not only left but vowed to take every abortion worker with her (eventually).

Abby started an organization called “And Then There Were None”, a non profit group that helps abortion workers get out of the industry and helps them to find other employment.

She also authored a book Unplanned where she chronicled her experiences as a director for Planned Parenthood and unmasked the for-profit abortion industry, rampant medicaid fraud, and their desperation to meet a financial bottom-line through abortion volume.

Her book explicitly describes her life changing experience and details Planned Parenthood’s corruption. The book became a best-seller and was recently made into a movie. Abby’s organization “And Then There Were None” is sending nearly 1,000 copies of the DVD with a personal letter from Abby to abortion workers all over the country.

“We have, from what I can tell, the most updated and comprehensive list of abortion facilities. Inside the package will also be a letter from me, encouraging the facility workers to watch the film as critics and to email me their thoughts to my personal email address,” Johnson told LifeSiteNews. “Even if they hate it, I still want to hear from them.”

Abby has expressed concerns for the workers to see the truth she saw on that fateful day, and wants to offer them a way out. “We can provide that transitional financial help, job resources, and can get them into a relationship with Christ to help them find healing.” Johnson said.

“We did a really good job of showing people that these are just everyday women working in these clinics. They have families, they have children.They’re wives. And a lot of times they just need a lifeline. They just need a hand up to get them out.”

She hopes others will have a conversion after seeing the film, similar to her journey.

UNPLANNED became Amazon’s top selling film on the day it was released.