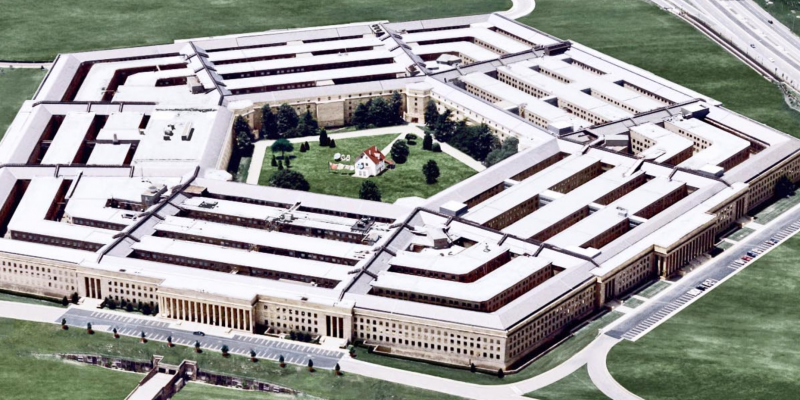 A new analysis by the Chicago-based nonprofit Truth in Accounting (TIA) found that of the 21 U.S. Department of Defense (DoD) agencies audited, four stood out above the rest. The analysis includes a review of the DoD Inspector General’s report published earlier this year.

For the first time in decades, the DoD issued an Annual Agency Financial Report late last year that it described as the “first full-scope, department-wide, financial statement audit.”

Deputy Secretary of Defense Patrick Shanahan said upon its release, “We failed the audit, but we never expected to pass it.” Meaning even though it submitted failing financial reports for the $2.7 trillion agency, it still submitted them, which it hadn’t done before in decades.

Every year when the U.S. government released its financial reports, the DoD’s report held a disclaimer opinion, meaning it received a failing assessment.

In 1990, the Chief Financial Officers Act directed all federal agencies to prepare and present audited financial statements, allowing an exception for agencies if they claimed their statements were not auditable. The DoD did so for 20 years, the Chicago-based non-profit Truth in Accounting (TIA) says. Iowa Republican Sen. Charles Grassley, chairman of the Senate Finance Committee, says it’s been closer to 28 years.

The DoD audit published last year came after Ernst & Young and other private firms hired to audit the Pentagon said they couldn’t do it. The DoD’s numerous bookkeeping deficiencies, irregularities, and errors made conducting a reliable audit “impossible,” they said.

The DoD, which receives 54 cents out of every discretionary spending dollar in federal appropriations, had failed to audit itself for decades.

In 2017, Grassley argued the DoD’s long-standing failure to do so reflected “twenty-six years of hard-core foot-dragging” where “internal resistance to auditing the books runs deep.” Grassley has requested audits of DoD spending nearly every year.

This year, he argued, the DoD’s “exorbitant spending continues to blow a hole in the pockets of American taxpayers and put our military readiness at risk,” after reading the IG’s report.

But Bill Bergman, director of research at TIA, says, “the Pentagon took a good first step toward deserving trust with the public purse.” He told The Center Square, however, “There’s still a long way to go.”

Out of 21 agencies, TIA found four that fared well, with many still showing poor financial recordkeeping.

Four of the five lowest-scoring (and largest) entities are the U.S. Army, Navy, Air Force, and Marines. The lowest scoring entity was the Defense Logistics Agency – WCF.

“Understanding which DoD entities are and are not in a state of good audit readiness can help provide a path toward truthful and transparent financial practices,” the TIA report states.

The MRF, a defined benefit plan with annual retirement payments totaling $40 billion, serves roughly 1.5 million military retirees. Its auditor did not identify a single material reporting weakness or any instance of noncompliance with laws and regulations.

The U.S. Army Corps of Engineers Civil Works Program also fared well with two of its leaders standing out, TIA notes. The agency was one of a few DOD entities to assert it was ready for audit in the years before the 2018 audit. It also earned an unmodified (clean) audit opinion for 11 years in a row.