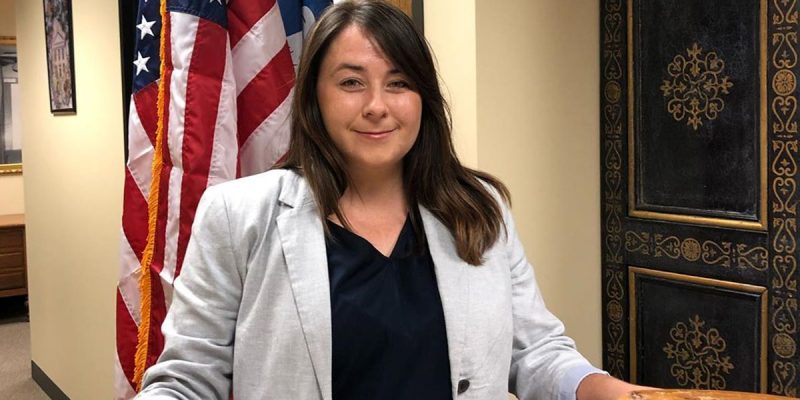 The Democratic Socialists of America is the organization to which Alexandria Ocasio-Cortez and Rashida Tlaib, among other members of the Hard Left in national politics, belongs to. They’re a scary organization which is more or less communist calling for the end of a capitalist economy in America. DSA members want every sector of the economy to be either nationalized or “owned by the workers.” It’s within that context that Ocasio-Cortez’ Green New Deal – which was touted as an opportunity to rework the economy well before it was presented as an environmentalist idea – should be understood. The DSA wants to turn America into Venezuela.

That’s not the kind of organization you would expect to be a major player in Louisiana elections, and it isn’t. There are only a couple of places in the state where DSA members could hold up their heads without being ridiculed as lunatics or worse.

New Orleans is one of those places, so it’s not surprising that’s where the DSA’s endorsed candidate for Louisiana Commissioner of Agriculture and Forestry Margee Green is from. From the DSA’s website…

Louisiana will officially have a DSA member on the statewide ballot on Oct. 12.

Marguerite “Margee” Green has qualified for the race for Commissioner of Agriculture and Forestry. She aims to unseat incumbent Mike Strain on a platform that will elevate all Louisianans, and she’ll need volunteers to do it.

Green, the executive director of local nonprofit SPROUT NOLA, said a win would mean a complete shift in how the Department of Agriculture and Forestry operates.

“It would be a worker-first mentality in a state-level position,” she said. “We see industry-first leaders in these roles. We see people prioritizing financial gain of corporations.” Green’s policies would aid every worker in the value chain of agriculture: from the small farmers to the pickers to the sorters.

What would be on Green’s to-do list in her first 100 days? Working on legalizing adult access to recreational marijuana and limiting pollution from farming runoff.

As Ag Commissioner, Green would have a hand in regulating and promoting new crops, and she would advocate strongly for one of those crops to be cannabis.

“We’re missing out on a new crop that could expand our tax base and keep Louisiana competitive,” Green said.

Legalizing marijuana should also include expungement of criminal convictions for cannabis, Green said, ending an injustice that has derailed the lives of many Louisianans.

Louisiana is already at the forefront of the climate crisis as rising temperatures are ruining the predictable patterns of rainfall and replacing them with cycles of disastrous droughts and floods. Green wants the state to play a large role in combating the effects of global warming.

“Trees are very effective at capturing carbon,” Green said. But in 2015, her opponent ended a tree nursery program that provided low-cost tree saplings and promoted sustainable growth. Green said she would work to restore that program as well as appoint a task force to ensure sustainable agricultural practices.

“Farmers 35 and under are outnumbered by farmers 65 and older by 6 to 1,” Green said. “The majority of Louisiana farmland is going to change hands soon, and young people need to be comfortable and secure in starting new farms.”

We just thought everybody would like to know who’s running against Mike Strain. Free weed and fighting global warming with “sustainable” agriculture.

Margee Green isn’t going to get many votes. There are two other Democrats in the race, a testament to the horrendous ballot discipline of the Louisiana Democrat Party. But she’s running, and she’s the first DSA candidate to show up in a Louisiana statewide election.