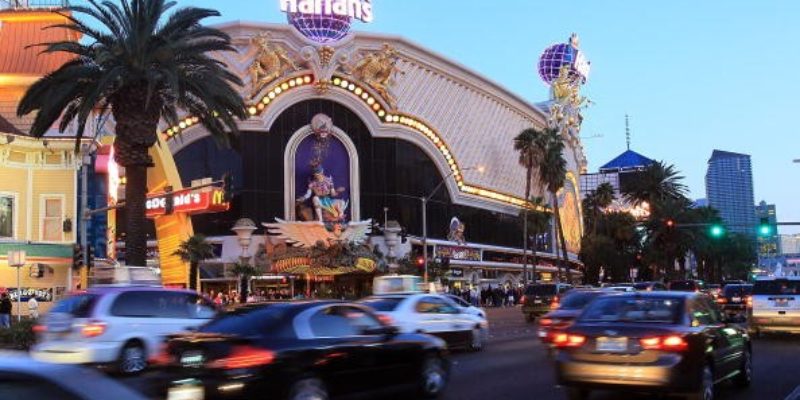 Editor’s Note: a guest post by John Mason, Candidate for House District 80, on how Louisiana’s legislature has given away the store to the Harrah’s casino in New Orleans.

Jeff Sadow has just written an excellent article on the impact of casinos on northwestern Louisiana’s economy.  Harrah’s has had an impact on the Louisiana economy as a whole, and I was almost finished this piece when I saw Jeff’s article.  Like many readers, I was alive during all of Harrah’s rocky history, but there are plenty of people born after the events described below that will cast ballots in the 2019 election that may well find the Harrah’s story interesting.  I’ll summarize Harrah’s tumultuous history before talking about Harrah’s interaction with the Louisiana Legislature and the Louisiana court system this year.

Harrah’s birth was such a big deal that it was covered extensively in other cities.  The New York Times covered Harrah’s tortuous birth in this 1992 article.  It points out that the Louisiana House of Representatives failed to pass the bill, only to revive and pass it the following week.  The Louisiana senate voted 21 to 18 to pass it, and Governor Edwin Edwards quickly signed it into law.  The New Orleans Advocate points out that former Speaker of the House John Alario shut down the voting machines early in order to ensure that the bill would pass.  We see that the taint of Louisiana politics stains the very beginning of the Harrah’s story.

Of course, the fun was just getting started.  Once again, the story was so “colorful” that the national media covered it.  The New York Times wrote a comprehensive history of Harrah’s in 1996.  The City of New Orleans specified that the land-based casino could only be built on the location of the old Rivergate, and awarded the lease to developer Christopher Hemmeter, whose bid beat out Harrah’s.  In another example of the “harmonious” relationship between New Orleans and the state, the state awarded the only license to run a land-based casino to Harrah’s.  The result was the company that could run the casino could not build on the only permissible location, and the company that had the lease on the only permissible location could not operate a casino there.  Edwin Edwards wasn’t having any of this, and dragged both sides off for (in the words of a Harrah’s official) “a shotgun marriage,” resulting in a company called Harrah’s Jazz.

It was now time for Harrah’s to spread its wings and fly.  What follows is a greatly condensed summary.  As always you’re encouraged to do your own research, as I can’t cram every detail into a short article.

It was decided that a temporary casino would be opened in the Municipal Auditorium to rake in piles of cash while the real casino was being built.  Naturally, this went off without a hitch, right?  Of course not.  A week after it opened the temporary casino flooded during a heavy rainstorm.  That wasn’t the only mishap, either.  The Times story just referenced describes how Harrah’s went to war with a Joan of Arc statue.  The Maid of Orleans, the patron saint of New Orleans, has a statue just outside the Municipal Auditorium, and Harrah’s wanted to build a driveway for buses there, so it hired some bulldozers to knock it down.  City residents didn’t like this at all.  It ended up in court, and Harrah’s lost.

Later that year, Harrah’s ran a full page ad in The Times Picayune stating “Harrah’s New Orleans is Here to Stay.  Bet on it.”  Just two days later, at 3 A.M. on the day before Thanksgiving, Harrah’s Jazz laid off 1,600 construction workers (who were working on the main casino) and 2,500 employees (from the temporary site) and filed for bankruptcy protection.  You can’t make this stuff up, folks.

Not that it gets any less strange from here on out.  Governor Mike Foster, who ran on an anti-gambling platform, hashed out an agreement to reopen the casino under new management.  Harrah’s Jazz was no more and Harrah’s would run the casino in exchange for paying the state a minimum tax payment of $100 million per year.  Gambit covered the first bankruptcy and some of the political machinations that took place.  This lasted until 2001, when Harrah’s declared a second bankruptcy.

Once again, this was big national news.  The Las Vegas Sun covered the story of JCC Holding Company (the parent of Harrah’s New Orleans) filing for reorganization.  The New Orleans Advocate reported that the casino’s 100 million dollar minimum tax payments were reduced to a minimum of $60 million dollars per year.  That’s a measly 40% reduction in minimum payments.  But that’s perfectly normal, right?  I mean, if times are tough for your family and money’s a little tight, then your landlord is happy to reduce your rent by 40% a month, right?  Oh, and by the way, as part of the reorganization Harrah’s finally got permission to build the restaurant and hotel that it has always wanted.

Once reorganization was complete, Harrah’s kept its nose clean and was a model corporate citizen that has not been even the least bit controversial, right?  Well, not exactly.  In 2014 the City of New Orleans decided to ban smoking.  The Louisiana Weekly reported that Harrah’s used this as an opportunity to try to lay off workers.  The reasoning was that if people couldn’t smoke in the casino, then they wouldn’t gamble as much which resulted in lower revenue, thus necessitating that Harrah’s lay off workers.  The New Orleans City Council didn’t agree, and the workers kept their jobs.

In 2018 Harrah’s sought to renew their 30-year lease with 5 years to go before it expired.  Was this a good deal?  Why the rush?  Governor Edwards paid $34,000 for an “emergency” study that was completed in just 7 days to see if this was a good deal.  ($34k per week is equivalent to $1.7 million per year, in case you were wondering.)  What did this $34,000 dollar survey conclude?  Was this a good deal? Well, maybe: the “study did not deliver the necessary clarity to persuade lawmakers, especially in the Senate, that the extension outlined … would not benefit Harrah’s at the expense of state taxpayers”, according to the article just referenced.  We paid 34k for a study that couldn’t reach a conclusion.

2019 Interactions between Harrah’s and Louisiana

This brings us to the present.  There have been two major interactions between Harrah’s and the state of Louisiana.  Let’s take a look, shall we? The first interaction between Harrah’s and Louisiana came in the judiciary, not the legislature.  Remember how Harrah’s got to build a hotel as part of its bankruptcy reorganization?  Well, it is required to pay taxes on these rooms when they’re occupied.  That seems pretty clear, doesn’t it?  Well, Harrah’s doesn’t think it’s clear at all.  Harrah’s essentially maintained that if it discounted a room, or let a high-roller stay there for free, then it didn’t have to pay the full tax on the room because it didn’t charge the full rate.  Louisiana’s position was that if you choose to discount a room (or let someone stay for free), then it’s still occupied, and you still have to pay tax on it.  Turns out that Harrah’s been not paying the tax on these rooms since 2001 (in other hotels) and 2006 (in its own hotels), and the amount in dispute was 30 to 50 million dollars.  A Baton Rouge judge sided with the state, and the decision is awaiting appeal.

Karen Peterson, a democrat from New Orleans, attempted to insert language into the 2019 lease renewal that would clarify that if the courts ruled against the state, Harrah’s would owe these taxes in the future.  It failed 28 – 4.  Think about this: the legislature deliberately left vague language that might require future litigation in the renewal law.  That can only be described as outrageous.

We all know that Harrah’s received a new 30-year lease, on a bill pushed through the Senate by John Alario, who (unless he lives to be 105), will be dead by the time it’s expired.  This is because we commissioned a new study that shows that the lease renewal is a good deal, right?  OF COURSE NOT!  A study was done to estimate the worth of the Harrah’s license, but it didn’t opine as to whether or not the renewal was a good deal, per se.  Harrah’s agreed to pay $130 million more over 30 years, and got a few concessions in return.

So the bottom line is that we still don’t know, and probably will never know, if the 30-year extension of Harrah’s lease and the accompanying legal monopoly on land-based gambling in the state of Louisiana is a good deal.  What new information did our lawmakers have that they didn’t have last year?  The value of the license, but that’s it.  All that was needed to renew the lease was to get John Alario on board.  I find that simply incredible.

This is why the person you elect to represent you in the House of Representatives and the Senate really matters, people.  Of course I’m going to point out that my opponent, Polly Thomas, voted to renew the lease.  This could have and should have been studied.  It could have, and should have, been put out for a competitive bid to see if another company would pay more than Harrah’s has promised.  Louisiana could be significantly worse off because no competitive bid was held.  The state could be out of a lot of money, but we’ll never know.  We had four more years to renew the lease.  We could have and should have done our homework and negotiated the best deal for the state.  We didn’t.

Maybe we got a good deal, maybe we didn’t.  To humbly paraphrase Clint Eastwood: Are you feeling lucky?  Well, are you?

Interested in more news from Louisiana? We've got you covered! See More Louisiana News
Previous Article WAGUESPACK: The Facts Behind Our Acts At LABI
Next Article SADOW: LCCM’s Endorsements Feel Like What Would Happen If Louisiana Had Closed Primaries