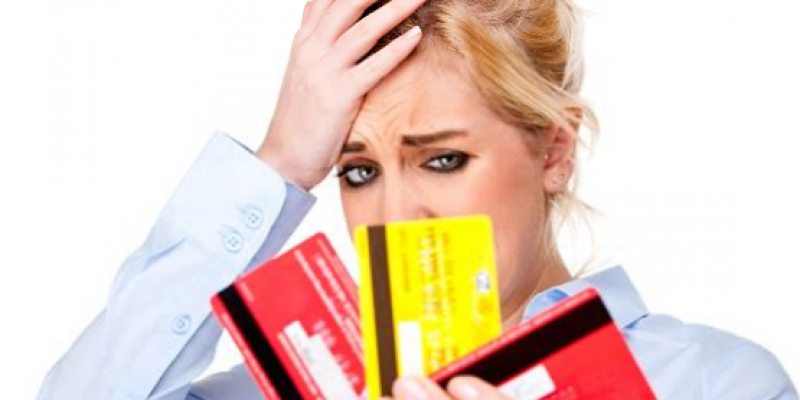 Americans have accumulated more than $1 trillion in credit card debt, and that number will increase by tens of billions of dollars this year, according to a report by the consumer finance site WalletHub.

“Americans are known for racking up credit-card debt, but just how much we have in total is shocking,” WalletHub financial writer Adam McCann says. “At the beginning of 2019, Americans owed over $1 trillion in credit-card debt. And though we repaid $38.2 billion in the first quarter of the year, we’re projected to have a $70 billion net increase by the end of the year.”

States with the highest median credit card debt are Alaska, the District of Columbia, Virginia, Colorado and Washington.

To determine which states have the least and most sustainable credit-card debts, WalletHub evaluated data from the U.S. Census Bureau, Federal Reserve and TransUnion to calculate the cost and time required to pay off the median card balances of each of the 50 states and the District of Columbia.

Americans began 2019 holding credit card debt to the tune of $1 trillion. By the end of the first quarter they repaid $38.2 billion, representing the fourth-largest quarterly payoff recorded. It was 6 percent lower than the first quarter paydown of 2018.

“Rather than a turning point in consumers’ addiction to overspending, however, the Q1 2019 pay down could actually be a sign that even more debt than expected is now in the forecast for the rest of the year,” the WalletHub report states.

Americans ended 2018 with $66.5 billion in new credit card debt, which WalletHub projects will increase by $70 billion by the end of 2019.

“Since the end of the Great Recession, consumer performance has regressed on a year-over-year basis in 6 of every 10 quarters,” the report states.

Brandon Ware, associate professor at Biola University’s Crowell School of Business, says, “While the goal should be no debt, I think purchasing a home would classify as a worthy debt. It is a necessity in life, and there are tax benefits as well as it appreciates in value.”

In order to become debt free he suggests that people pay for everything they purchase using cash, find an additional revenue source to help reduce the debt, and categorize future purchases. Determining if a purchase is “a need, a want, or a desire” can help limit spending.

The WalletHub analysis compared median credit-card balances and monthly credit card payments of residents in 50 states and the District of Columbia as of September 2018 to determine the required number of months to pay off the owed balance and finance charges. The analysis used as a baseline 16.91 percent as the average interest rate consumers would pay based on the average interest rate assessed on accounts with finance charges. Using that percentage, the analysis computed the cost of paying off the state’s median credit-card balance.

States with the lowest score corresponded to recording the least sustainable credit-card debt based on the analysis’ calculation.

The report also analyzed states whose full-time workers reported the lowest and highest median earnings. Those with the lowest are South Carolina, Oklahoma, Florida, Arkansas and Mississippi. Those with the highest are the District of Columbia, Massachusetts, Connecticut, New Jersey, and Maryland.