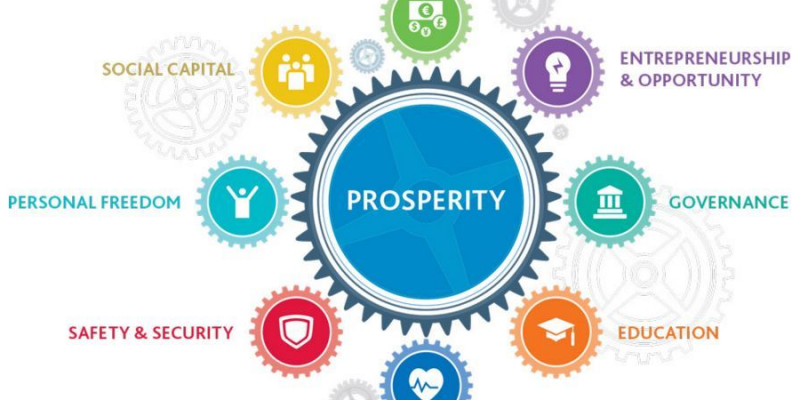 Louisiana ranks second to last in a recent report published by the London-based The Legatum Institute analyzing the prosperity of U.S. states and the District of Columbia.

The 2019 United States Prosperity Index (USPI), made possible by the Leona M. and Harry B. Helmsley Charitable Trust, indicates that prosperity has increased nationwide over the past 10 years with the gap narrowing between the most and least prosperous states.

Overall, only four states – Alaska, Louisiana, North Dakota and South Dakota – saw a decline in prosperity over the past decade, according to the report.

The state rankings were based on a scale grading 11 key factors (including health, education, crime, and social capital) with 48 subcategories (including mental health, primary education, discrimination and social tolerance) across 200 state-level indicators.

They include crime data, the use of racial slurs, ability to access bank branches, political accountability and rule of law.

“Improvements in health, education and living conditions all contributed to the increase in prosperity,” the report states.

Louisiana finished near the bottom in most categories. Louisiana’s homicide rate was more than double the national rate of 5.3 per 100,000 people, at 12.4 percent – and 12 times higher than New Hampshire’s homicide rate.

Put another way, Louisiana’s homicide levels are comparable to those of Panama and Uganda, the report notes.

Louisiana’s youth unemployment rate of 12 percent “is also a challenge for the state,” the report notes, three percent higher than the wider region.

“These continual challenges affecting the workforce indicate that Louisiana has struggled to recover following the financial crisis,” the report states.

“It is difficult to witness the rest of the nation flourishing, while Louisiana continues to decline,” Daniel Erspamer, CEO of the Pelican Institute for Public Policy, told The Center Square. “The USPI underscores the several factors that are playing into this continued slide. It also reinforces a fact that most Louisianans know – nearly every Louisiana policy area and state government system is fundamentally broken and in need of reform. From our overly complex tax code to our job-killing and burdensome legal and regulatory systems, Louisiana needs a comprehensive change if it wants to catch up with the rest of the country, particularly those we’re competing with in our region.”

Louisiana fared better, ranking in the low 30s, in the areas of market access and infrastructure, economic quality, and personal freedom.

It fared second-to-last in business environment and governance categories and slightly higher in the areas of safety and security, social capital, health and natural environment. The Bayou State fared third worst in the areas of living conditions and education.

“Every day we continue down the business-as-usual status-quo path of governance in Louisiana, our neighbors are welcoming more Louisianans seeking jobs and opportunity in their states,” Erspamer said, noting that one way to reverse course is at the ballot box in the next election.