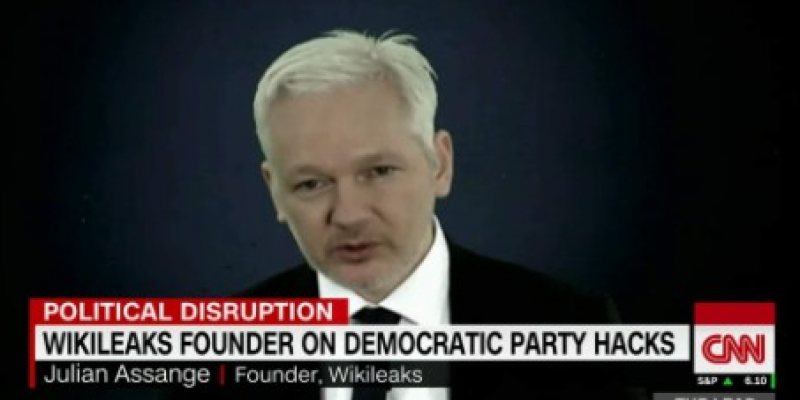 Wow! A federal Judge in the Southern District of N.Y. completely dismissed a lawsuit brought by the Democratic National Committee against our historic 2016 campaign for President. The Judge said the DNC case was “entirely divorced” from the facts, yet another total & complete….

Newsflash: no one on Trump’s campaign was involved in stealing material from the Democratic National Committee.

WikiLeaks, also named in the lawsuit, was also protected by the First Amendment the judge ruled because the organization did not steal the documents and only disseminated material that was in the public interest.

“In sum, the DNC does not allege any facts to show plausibly that any of the defendants, other than the Russian Federation, had any role in hacking the DNC’s computers or stealing its information — it attributes that conduct only to the Russian federation. And the DNC does not dispute that the documents were of public importance. Therefore, the First Amendment protects the publication of those stolen documents,” Koeltl wrote.

DNC spokeswoman Adrienne Watson said of Koeltl’s decision, “At first glance, this opinion raises serious concerns about our protections from foreign election interference and the theft of private property to advance the interests of our enemies.”

She added, “At a time when the Trump administration and Republican leaders in Congress are ignoring warnings from the president’s own intelligence officials about foreign interference in the 2020 election, this should be of concern to anyone who cares about our democracy and the sanctity of our elections.”

Koeltl was a Bill Clinton appointee.

WikiLeaks attorney Joshua Dratel told the Washington Post, he was “very gratified with the result, which reaffirms First Amendment principles that apply to journalists across the board, whether they work for large institutions or small independent operations.”