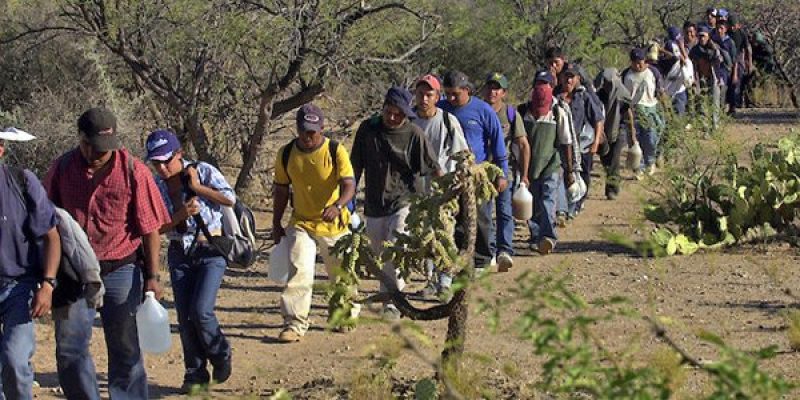 A comprehensive report by the Federation for Immigration Reform (FAIR) breaks down the cost of illegal immigration to U.S. taxpayers: $115.9 billion annually.

Based on the most recent data reported in 2017, The Fiscal Burden of Illegal Immigrants examines the fiscal impact of illegal immigration in federal and state budgets. It also highlights which U.S. citizens pay the most: Californians, Texans and Floridians.

The estimated coast to California taxpayers for more than six million illegal immigrants and their children is more than $23 billion.

The estimated cost to Texans for the more than four million illegal immigrants and their children is nearly $11 billion.

The more than two million illegal immigrants and their children cost Florida taxpayers more than $6 billion.

“Illegal aliens are net consumers of taxpayer-funded services and the limited taxes paid by some segments of the illegal alien population are, in no way, significant enough to offset the growing financial burdens [they] impose on U.S. taxpayers,” the report states.

For example, using a 2010 Social Security Administration report that estimated illegal immigrants paid a total of $13 billion into the fund annually, FAIR calculated by percentages of payments and dollar amounts paid that illegal immigrants also contributed $5.9 billion toward Medicare.

Its examination of federal budget money spent on illegal immigration was about $46 billion, with some state budgets spending an estimated $89 billion annually, FAIR calculates.

The annual bill of $135 billion equates to more than $8,000 per illegal immigrant and dependent, per year. While some illegal immigrants do pay certain taxes, the report states, many employers pay them lower wages, or in cash, and do not deduct their wages from payroll taxes, with most of their income unlikely being reported to the Internal Revenue Service (IRS), FAIR states. Due to these varying factors, FAIR argues the federal, state and local governments are not collecting enough taxes from illegal immigrants to cover the costs of federal benefits they receive.

FAIR estimates that illegal immigrants pay nearly $19 billion in combined state, local, and federal taxes, or 14 percent of the amount spent annually on them.

FAIR now estimates that there are about 12.5 million illegal immigrants based on available data from the Department of Homeland Security, other federal and state government agencies, and research compiled by think tanks, universities and other research organizations.

Interested in more news from Texas? We've got you covered! See More Texas News
Previous Article After A Whole Weekend Of Screaming, Trump May Have Just Won His Trade Battle With China
Next Article Sutherland Springs Pastor To Bring ‘Civility And Godliness’ To Texas Senate Race