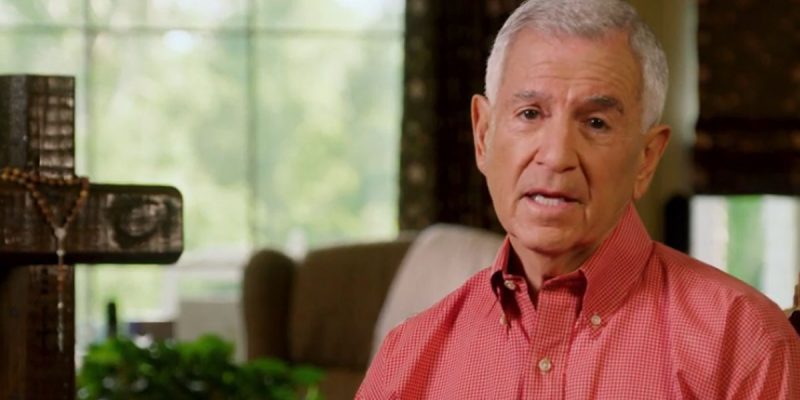 We have two elements to go through with you here. First is the fourth TV spot Eddie Rispone’s campaign is putting up on the airwaves. From the campaign’s press release…

On Monday, the Eddie Rispone for Governor campaign released their fourth television ad. The fourth commercial titled, Every Morning, launched on Tuesday morning and will air in rotation with the ad released early last week and will run in every media market on broadcast, cable and satellite television. The new commercial will run for approximately two weeks and the campaign will run television ads through October 12.

The new spot highlights how important faith is to Rispone. In the video Rispone says that every morning and every night he asks God for wisdom and fortitude to better serve him. He believes in the power of prayer, not government, and he will call on His guidance everyday to help lead him.

Communications Director Anthony Ramirez added on the video, “Eddie is a man of faith, a man of family, and a man of integrity. Everything he does begins and ends with his faith. He is someone who believes in the power of prayer, not the power of government. These are the characteristics that are going to make him the next great governor of Louisiana.”

That’s one big, thick cross, we’ll give him that much.

The second element is a column J.R. Ball wrote at the Baton Rouge Business Report Wednesday decrying exactly this type of political ad though not in so many words. Ball says what he really wants to see is the candidates for governor talking about substantive issues of economic and other government policy, and he lists a bunch of questions he’d like to see answered during this campaign.

So, here’s what we know about the main contenders jockeying to become the next governor of Louisiana: one guy says he’s as Donald Trump as Donald Trump … another guy is alleged to be a Bernie Sanders or Alexandria Ocasio-Cortez in conservative Democrat clothing … a third guy apparently hasn’t been to his actual job in months.

Depending on who’s doing the talking, Louisiana is either winning with a semi-stable budget, a tax cut and record employment … or … losing with a patchwork budget, tax hikes and disappearing employment.

Best anyone can tell, the only agreement among the three is this: guns are good; abortions are bad.

What’s a voter to do?

Such is life in the modern world of polarized, partisan politics.

What we don’t know, sadly, is what any of these gentlemen will actually do if elected to our banana republic’s highest office.

Ball’s questions are pretty good. He asks the candidates to outline a plan for fiscal reform everybody knows is needed. He asks about flatter tax rates with less exemptions. He asks about ITEP. About infrastructure. Solving poverty. Education. TOPS. Car insurance and tort reform. Coastal lawsuits and oil and gas. And on and on. They’re very good questions and certainly the candidates ought to answer them.

And they will. In talking with Ralph Abraham’s campaign today, for example, they said they’ve addressed every single item on Ball’s list.

But is any of that going to make it into the campaigns’ TV ads? Of course not. Those ads are going to look a lot like the one Rispone just launched.

God. And guns. And abortion.

And do you know why? That’s easy.

Four years ago David Vitter put out a 50-page document outlining exactly what he would do were he elected governor. It was the most detailed policy reform plan ever offered to the people of Louisiana.

You see, when Vitter released that document, which was a good faith effort at communicating with Louisiana’s voters in a meaningful way on issues of substance, every special interest in the state took a look at it, found an element in it which was unacceptable to them because it would break a rice bowl somewhere, and declared war on Vitter. Whether it was unified sales tax collections the sheriffs didn’t like, or tort reform the trial lawyers couldn’t stand, or education reform the teachers’ unions went through the roof about, or whatever, every one of these people vowed they were going to take Vitter out.

And that’s how you got $3 million in ads about hookers from Gumbo PAC running in the last month before the primary election. Nobody at Gumbo PAC gave a damn about hookers from 15 years earlier – most of that PAC’s donors live lives which would make Vitter monkish by comparison. What they really had against him was in that 50-page document. But they didn’t talk about that in their ads, because most of Vitter’s plan would have had majority support and nobody wants to pay for ads that make the candidate you don’t like gain support.

But hookers? Well, nobody likes candidates who hire hookers – even if it was a decade and a half ago.

So Vitter lost the election. Louisiana has been mired in policy hell ever since, with governmental performance that ought to make this state an electoral powderkeg this fall. If you’re satisfied with shrinking the economy two years out of three, being on pace to lose 100,000 people in net outmigration over four years and having the worst unemployment rate in the South as a function of Bel Edwards’ ministrations as governor, then you’re part of the problem.

But you can’t solve the problem in an election. It has to be done with governance. And you can’t govern until you win the election.

So you don’t offer or advertise the kind of plan Vitter did. You hide the ball from the special interests who want the status quo to be what it is. You run on God, guns and abortion, and you hope that the voters identify enough with you that they’ll give you a chance to govern – and then maybe you can start addressing the things on Ball’s list.

You can’t blame Rispone for running an ad talking about how religious he is. Rispone spent a lot of money setting up his campaign and he knows that Louisiana’s voters aren’t going to choose him as our governor because he comes up with an innovative tax policy. Louisiana’s voters don’t vote on policy at all in state elections.

We’ve addressed this before, but there’s a reason why those voters don’t care about policy. It’s that they’ve never seen any of it produce results. The state ranks in the bottom five of just about every category of public policy metrics, and has forever. So when a politician shows up and says he can lift us off the bottom by tinkering with this or that, Joe Six Pack of Bunkie, Louisiana starts snoozing. He’s heard all that before and he thinks it’s just another soon-to-be-broken promise by just another politician.

Joe Six Pack of Bunkie, Louisiana no longer thinks state government can give him decent roads, functioning schools, safe streets or a business climate that rivals Texas. He thinks if that was ever going to happen it would have happened long ago, and the results are clear.

So all he really cares about is that he elects somebody who’s “good people” to office. If they’re with him on the basic cultural signifiers that’s good enough, because anything more than that is really just setting up for disappointment.

Which means the first one who’s going to be disappointed is J.R. Ball, who enjoys our sympathies. Because this is not going to be a policy-oriented election. And Louisiana’s voters screaming about the lack of substance have no one to blame but themselves for electing Bel Edwards on the basis of the West Point Honor Code and hookers.