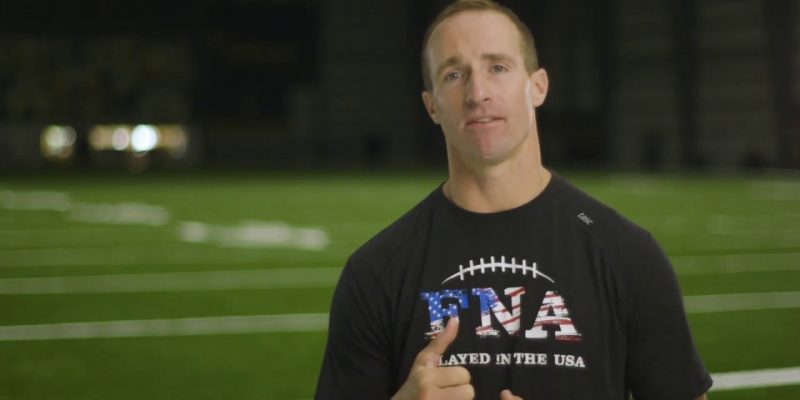 In New Orleans, people enjoy Mardi Gras, politics, good food and great festivals, but nothing compares to the fervor that is directed toward their professional football team, the Saints.

It has been a love affair ever since the team played their first game in Tulane Stadium in 1967. For many years, the team was the laughingstock of the league, but the fans did not desert the Saints. Their loyalty was rewarded in 2000 when, the Saints, after 33 years of futility, finally won their first playoff game.

Unfortunately, just five years later, the future of the Saints was uncertain. After the devastation of Hurricane Katrina, there was a legitimate concern that the team would not return to New Orleans. Fortunately, after pressure from the NFL and a commitment to rebuild the Louisiana Superdome, Saints owner Tom Benson returned the team to New Orleans in 2006.

This was the first year for new Head Coach Sean Payton and new star quarterback Drew Brees. The positive results were immediate, and the Saints reached the NFL Championship game in the first year of the new regime. A mere three years later, the Saints did the unthinkable, winning their first and only Super Bowl.

The man most responsible for this incredible victory was Drew Brees. Upon his arrival in New Orleans, he helped instill a new winning attitude among his teammates with his extraordinary work ethic and his impeccable preparation for each game. It is a major reason why he will be a member of the NFL Hall of Fame when he retires and will own most of the major all-time quarterback records. Drew Brees is not only the best player on the Saints, he is also quite possibly the best player in the NFL.

For 13 years, he has unquestionably been the team leader and a great role model for young fans. He inspired the whole city with his commitment to his profession and his love for New Orleans. Today, Drew Brees is the hero of New Orleans. No other NFL player means more to his team or home city than Drew Brees.

Other than football, Brees has been a very successful businessman, a civic leader and a generous contributor to many charities. He also donates his valuable time to great charities and philanthropic campaigns, such as the “Bring Your Bible to School Day.” This initiative was started in 2014 and is sponsored by Focus on the Family, a socially conservative organization that advocates for a variety of causes.

This effort should be universally supported and there should be nothing controversial about students bringing their Bible to school. If there is anything needed in America today, it is more biblical teaching. We desperately need biblical values reintroduced to our schools in America.

Brees should be commended for having the courage to express his Christian faith. In a 23-second video supporting the campaign, Brees said “one of my favorite verses in the Bible is 2 Corinthians 5:7, ‘For we live by faith, not by sight.’”

In a short message directed at young people, Brees said “So I want to encourage you to live out your faith on ‘Bring Your Bible to School Day’ and share God’s love with friends. You’re not alone.”

Unfortunately, liberal commentators turned this positive message against Brees because the campaign was sponsored by Focus on the Family. The critics complained that Focus on the Family is “anti-gay” and “anti-LGBTQ.” The basis of the criticism stems from the group’s support of traditional marriage and “conversion therapy” which involves changing a person’s homosexual orientation through prayer and psychological stimuli. Most scientists have discredited the practice, although there have been positive results reported in at least one study.

After the critics blasted him for participating in the campaign, Brees defended himself in an Instagram video he posted. He said that “I do not support any groups that discriminate or that have their own agendas that are trying to promote inequality.”

The whole controversy was ridiculous for Brees has nothing to do with the agenda of Focus on the Family. It is unfair to link him to any of their causes other than “Bring Your Bible to School Day.”

The attack was a sinister attempt by liberal media outlets to condemn the Bible campaign. Instead of directly criticizing bringing Bibles to school, it was convenient to drag Brees into a controversy involving some of the other initiatives of Focus on the Family.

The entire episode is a reminder why many athletes and movie stars do not express their conservative religious or political views. It opens them up to the type of attacks that Drew Brees unfairly received this week.