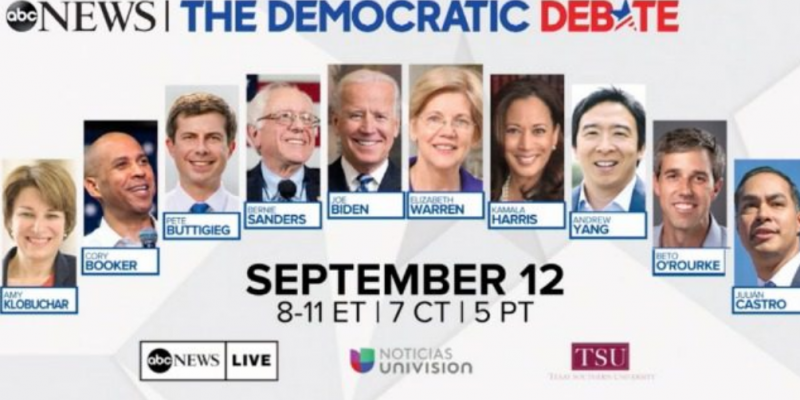 The Democratic debates held in Houston for candidates running for the presidential nomination was summed up perfectly by Texas Congressman Dan Crenshaw.

Bold strategy by Dems coming to Houston to advocate for:

-Medicare for All (terrible for Texas Medical Center)

Guess they think we don’t like jobs, high quality health care & defending ourselves.

There were a couple of humdingers from last night’s debate:

WATCH: Joe Biden promises to kill the job of every American who works with fossil fuels. #DemDebate pic.twitter.com/Np0iumK9SO

Tulsi Gabbard: "This current President is continuing to betray us. We were supposed to be going after al Qaeda, but over years now, not only have we not gone after al Qaeda … our President is supporting al Qaeda" #DemDebate pic.twitter.com/RM5q7yb5aE

Kirsten Gillibrand: “The first thing I would do is Clorox the Oval Office.”

Entertainment has escalated to a whole other realm thanks to these actors and actresses.

Interested in more news from Texas? We've got you covered! See More Texas News
Previous Article Don’t go on a magazine-buying spree, yet: high-capacity ban bill has a long way to go
Next Article Census: Half of fastest growing cities in U.S. are in low-tax Texas, many coming from California, Illinois