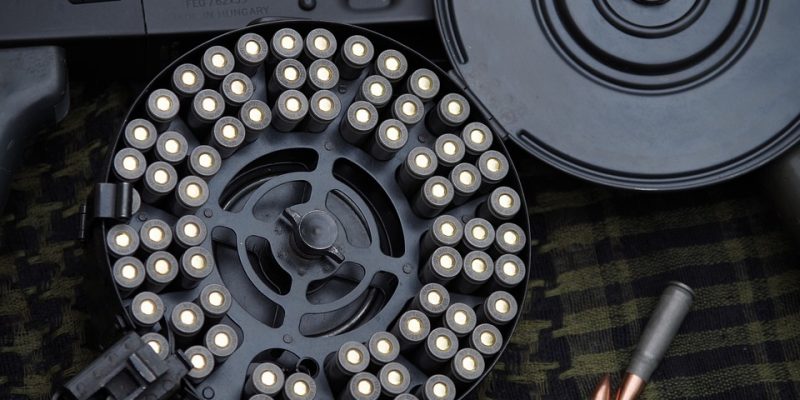 The Democrat-controlled U.S. House Judiciary committee must have had an itchy trigger finger after a spate of mass-shootings to enact gun control legislation.

Among the largely symbolic and re-election season bill activity this week was a proposed ban on high-capacity magazines and feeders which was passed out of committee Tuesday.

That’s “if” the bill passes. It still has yet to be approved by the full House of Representatives or approved on the floor of the U.S. Senate, let alone gain a promise of President Donald Trump‘s signature.

So before you empty the shelves at your preferred purveyor of guns and ammo, let’s take a look at the bill in more detail and analyze its chances of passage.

HR 1186, authored by Rep. Ted Deutch (D-Fla.) was introduced on Feb. 13, so it wasn’t a fly-by-night filing; however the traction it received is most certainly due to a package of three bills put forth by House Democrats as proposed solutions to mass killings.

Though it contains exemptions for law enforcement and government agencies, the bill outright bans large-capacity magazines and feeders while grandfathering existing equipment.

The bill would ban a “magazine, belt, drum, feed strip, helical feeding device, or similar device, including any such device joined or coupled with another in any manner, that has an overall capacity of, or that can be readily restored, changed, or converted to accept, more than 10 rounds of ammunition.” The bill exempts .22 caliber speed loaders.

The bill would authorize Byrne grants to compensate local law enforcement for buy-back programs for large magazines and feeders.

According to CNN, the main focus for now is expanded background checks, which House Democrats have included in a statement directed at Senate Majority Leader Mitch McConnell. We can expect this to eat up much of the gun control debate oxygen in the room in upcoming weeks, if it gains any momentum at all. McConnell has said he would not consider any such legislation in the Republican-controlled upper chamber unless supported by President Trump.

White House staff have met with Senate Democrats and Republicans about various other proposed gun control measures, though it is not clear which bills are being considered by the Trump Administration. There is speculation that Trump is floating various trial balloons on background checks for private gun sales, but nothing can be confirmed.

With background checks in the way, as well as a Republican Senate and a President who has banned little aside from bump stocks in his first term, calls for a run on high-caps or speed loaders are premature. Even GovTrack is giving HR 1186 a 3% chance of passage — that’s quite low.

However, the blog Truth About Guns has a point: hysteria regarding the bill’s chances of passage may regardless spur a run on magazines, conjuring memories from 1994 when high-caps were last regulated as tightly.

Those interested in doing something about mass violence while opposing bans on high-capacity devices may be interested in supporting the following goals by contacting their Representative and the White House.

This article was originally written for International Sportsman, an online publication for sportsmen and outdoor enthusiasts.