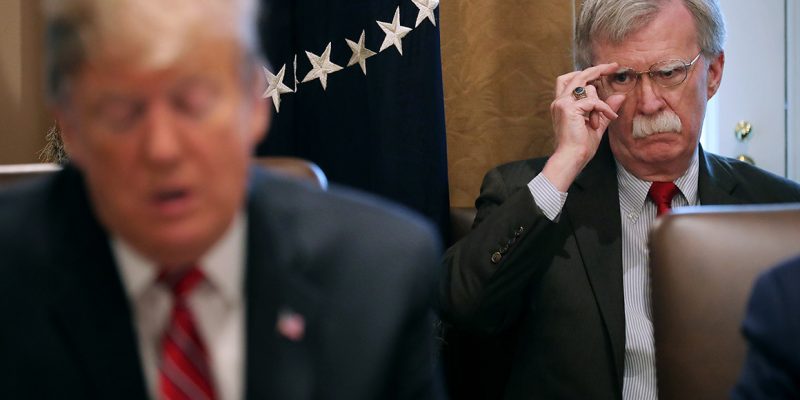 The rumor of a growing rift between President Trump and National Security Adviser John Bolton was confirmed this week when the President publicly fired him.

The scathing dismissal was reminiscent of his “Apprentice” days when President Trump posted to social media:

“I informed John Bolton last night that his services are no longer needed at the White House. I disagreed strongly with many of his suggestions, as did others in the Administration, and therefore….”

“….I asked John for his resignation, which was given to me this morning. I thank John very much for his service. I will be naming a new National Security Advisor next week.”

Bolton contradicted the President’s account of his departure, posting to social media:

“I offered to resign last night and President Trump said, “Let’s talk about it tomorrow.”

Sources say that the final straw was two-fold: a strong disagreement between the two over peace in Afghanistan with Trump and Secretary of Defense Pompeo on one side and Bolton on the other, and the perception that Bolton & company were leaking news stories to the press.

Many conservatives celebrated the news including U.S. Sen. Rand Paul (R-Kentucky) who posted to social media:

“I commend @realDonaldTrump for this necessary action. The President has great instincts on foreign policy and ending our endless wars. He should be served by those who share those views.”

“The threat of war around the world has been greatly diminished, with John Bolton out of the White House.”

Not all Republicans were pleased by the news including U.S. Sen. Mitt Romney (R-UT) who said, “I’m very, very unhappy to hear that he’s leaving.”