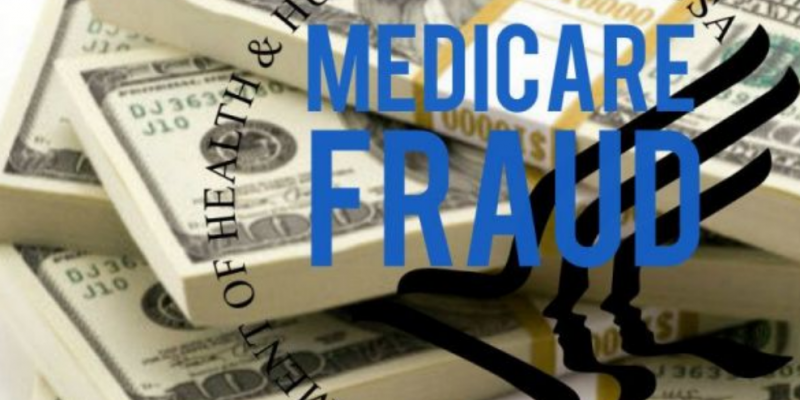 A Miami Beach health care executive was sentenced Thursday to 20 years in prison in the biggest health care fraud case ever brought against an individual by the U.S. Justice Department.

Philip Esformes, 50, was found guilty in April after a two-month trial on 20 of 26 charges, including paying and receiving kickbacks, money laundering and conspiracy to commit bribery as part of a scheme run through his network of more than 20 nursing homes and assisted living facilities (ALFs) in Miami-Dade County from 1998 to 2016.

Prosecutors sought a 30-year sentence, and only got 20. They are still seeking forfeiture of Esformers’ assets worth $38.5 million.

“People who needed care, people who wanted to get better, they had no shot,” Assistant U.S. Attorney Allan Medina said. “The nature of the fraud, the conspiracy, the money-laundering scheme, was atrocious.”

According to evidence presented at trial, Esformes bribed physicians to “cycle” patients through his nursing homes and ALFs, where they often didn’t receive appropriate medical services, or received unnecessary services, to inflated Medicare/Medicaid payments.

Blanco, 68, is the first AHCA employee to ever be charged with accepting bribes. She was sentenced in December 2017 to seven months in jail and ordered to pay $441,000 in restitution.

Prosecutors proved Esformes paid former University of Pennsylvania basketball coach Jerome Allen $300,000 to recruit his son, enabling his son to gain entrance to the Ivy League School and to Wharton School of Business.

FBI agents found through Esformes’ iPhone a connection to Richard Singer, the “broker” the center of the college admissions scandal, including actresses Felicity Huffman and Lori Loughlin who were charged in the scheme.

Singer got Esformes’ daughter into USC as a recruited soccer player in exchange for $400,000 in payments to his Key Worldwide Foundation, the FBI uncovered.