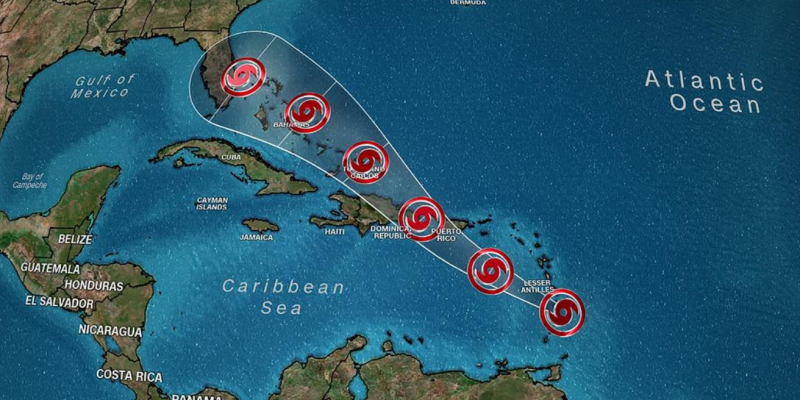 Officials declare states of emergencies in eastern coast states as they brace for Category 5 Hurricane Dorian.

The National Hurricane Center has called it “a life-threatening situation.” Dorian, it said, is “the strongest hurricane in modern records for the Northwestern Bahamas” and that “catastrophic conditions [are] occurring in the Abacos Islands.”

The International Space Station filmed Hurricane Dorian from above, revealing just how massive the hurricane is pic.twitter.com/DM6tEDEFKE

It is poised to hit Florida before moving up the eastern seaboard from Florida to North Carolina, including Georgia, South Carolina and Southeast Virginia.

The storms trajectory could hit Florida, then turn north and bombard a number of coastal states, weather forecasters predict.

The Coastal Carolinas are expected to receive 5-10 inches of rainfall by the end of the week, and in some places up to 15 inches, and life-threatening flash floods.

To prepare for hurricane evacuation the National Weather Service has information on its website:

Do you live in a hurricane evacuation zone? If so, you need to plan on where you and your family would go if you are told to evacuate. Learn what to do with FEMA’s Evacuation Guidelines, and know your evacuation route! https://t.co/JRBfc9eLXR #HurricanePrep #Dorian pic.twitter.com/mpZDqTqF5t

Interested in more national news? We've got you covered! See More National News
Previous Article Why Joe Biden Supporters Should Be Concerned
Next Article Beto is honest for once: if elected he’ll confiscate guns