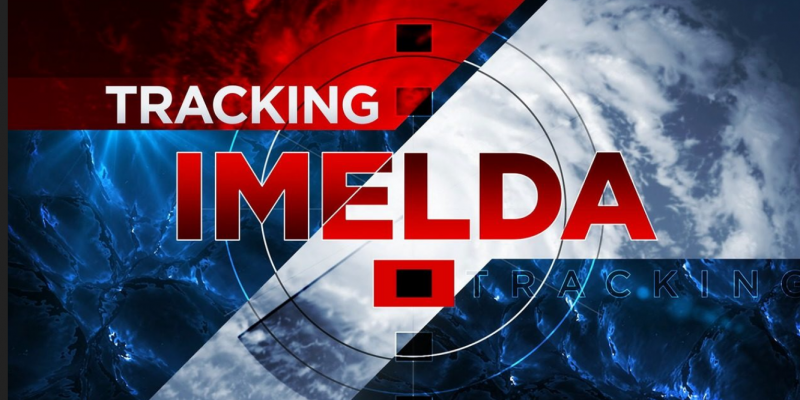 “Life-threatening” flooding continues in regions surrounding Houston, with parts of Conroe and Kingwood to the north, and Beaumont and Winnie to the southeast, under water.

Parts of Interstate 10 and the George Bush Intercontinental Airport are shut down due to heavy rains and flash flooding as tropical depression  Imelda hit hardest Thursday.

Houston Mayor Sylvester Turner asked everyone in the Greater Houston area not to get on the road as strong thunderstorms pass through Thursday afternoon.

“Wherever you are, stay put,” the mayor said at a press briefing mid-Thursday, as the storm system makes its way south and east. “Please stay where you are. You are safer where you are.”

He also said the northern area of Houston is experiencing power outages.

“There is an area just east of Houston where we are looking where more than 15 inches of rain has fallen, and significant flash flooding is underway,” National Weather Service meteorologist Mark Chenard reports, referring to the southeast town of Winnie, which has evacuated.

Texas Department of Transportation spokeswoman Sarah Dupre says officials are unsure how many people are stranded in their cars on flooded Interstate 10, which is shut down from Beaumont to Winnie.

The Chambers County Sheriff’s Office is focusing on high water rescues in Winnie and neighboring Stowell, reporting that some residents have made it to the roofs of their flooded homes.

At George Bush Intercontinental Airport, hundreds of flights have been canceled, with officials reporting a full ground stop Thursday morning, meaning no flights are landing or departing. Some inbound flights have been diverted to William P. Hobby Airport, on the south side of Houston, airport officials said.

Imelda has caused the most flooding in southeast Texas since Hurricane Harvey hit August 25, 2017.

Harvey, a Category 4 hurricane, made landfall three times in six days. Two feet of rain fell in the first 24 hours, forcing 39,000 people out of their homes.

By September 1, 2017, one-third of Houston, the nation’s fourth-largest city, was underwater.

Nederland, Texas, reported the most rainfall of 60.5 inches, a record for a single storm in the continental U.S. Hurricane Harvey then became classified as a 1,000-year flood event.

The storm caused $125 billion in damage, according to the National Hurricane Center.

In addition to destroying one million vehicles, Harvey damaged 204,000 homes, three-fourths of which were outside of the 100-year flood plain and did not have flood insurance.

More than 738,000 people registered for financial assistance with the Federal Emergency Management Agency, which made roughly $378 million direct payments.