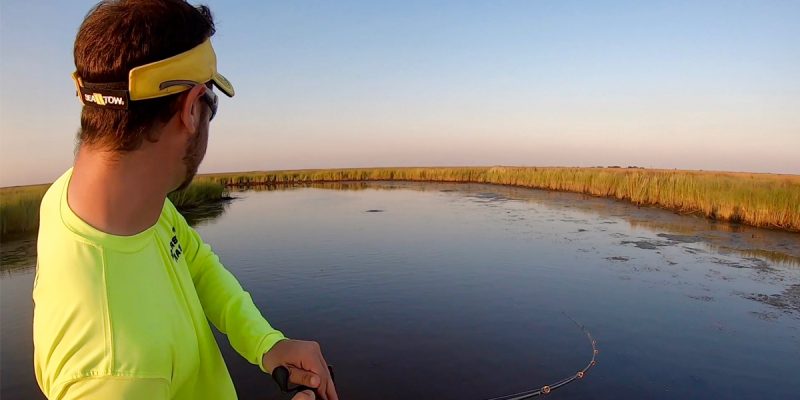 Waking up before chickens, traffic reporters and donut fryers is just part of the fishing life. Most days, the early bird definitely gets the worm, and if you want to put more fish in the boat than the other guy, you’d better beat him to the hot area and take advantage of the early morning bite.

That’s usually my modus operandi. I despise being late to the marsh, and will often arise at 2:30 a.m. or earlier to tow my boat and make an on-water venture in the predawn blackness to be where I want to fish when the eastern horizon is just barely beginning to brighten.

But because of how the tides have been running, that may not be the best strategy right now. Late can be great, and to see if it is right now, my son, Joel, and I slept in, got some work done, ate lunch and then hitched up the boat to fish the afternoon and evening.

As expected, the trip started slowly, with a high sun broiling us on the boat deck. Early on in the trip, we found only a few fish that were willing to feed in water temperatures as high as 94 (!!!!!) degrees.

But as Helios angled toward his bed for the night, the marsh came alive, with fish feeding as fast as we could get them in the boat. The hot lures were Matrix Hawgs and Pop-Rs.

Like the video? Please give it a thumbs-up, and subscribe to the Marsh Man Masson channel on YouTube. Also, leave a comment below or on the YouTube page. Do you fish often in the afternoon? What are some aspects you like and dislike about it? Do you try to coordinate your fishing trips with falling or rising tides?

Interested in more news from Louisiana? We've got you covered! See More Louisiana News
Previous Article Louisiana education superintendent: Less than half of state students ready for their current grade, though improving
Next Article ALEXANDER: Reflections Of 9/11