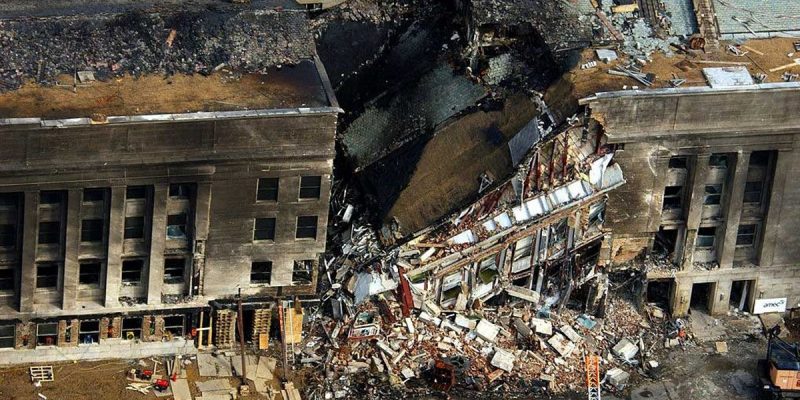 Tuesday, September 11, 2001. When friends and family have asked me over the years to recount for them that day and week (I was stranded in the nation’s capital because no commercial airlines were allowed to fly) I spent in DC, I still struggle to fully describe what I saw and felt that day. It was unlike any other day of my life and I’m certain I’ll always feel that way.

On 9/11, I was in Washington with the late Clyde C. Holloway, former U.S. Congressman and Louisiana Public Service Commissioner. We were there to try to build support from members of Congress we knew, and raise funds, for our campaign for Congress. The day began uneventfully. We spent the night at a hotel in Crystal City, Virginia which was only a few hundred yards from the Pentagon. That day we woke, had coffee and Mr. Holloway left for the first meeting of the day while I stayed behind.

Sometime in the next 10-15 minutes or so, I heard a roar. The sound startled me. I walked out to the parking lot of the hotel and looked across the way and saw black smoke billowing from a corner of the Pentagon. Shortly thereafter, there was an exodus of terrified-looking people from the Pentagon into Crystal City. After this panic, D.C. was locked down. (D.C. was so eerily still, so dead, that I have imagined we would have to go back to our nation’s founders and their horse-drawn carriages to find a time the City was so silent and unmoving). All I saw was black military helicopters circling in different places over the City and fighter planes circling high above. There were black suburbans with black-clad men holding serious looking weaponry out of the windows.

I was numb; unnerved and disconcerted. I struggled to comprehend what had happened so near me and across America that day. I had also been stressed and nerve-wracked to know that my older brother, Tom, who worked for U.S. Senator Jon Kyl at the time, worked in the Senate Hart Office Building and had the Capitol sustained a direct hit, as I think was the plan, he would have been in danger.

As the day wore on and the sun began to set I was able to walk some distance closer to the Pentagon. The gaping hole in the building burned brightly, and would for days. When night came, and as the emotion of the day weighed heavily on me–and the stench and the smell of the foul night air bombarded my senses and burned my eyes–I was reminded of images from Dante’s Inferno.

9/11 is indelibly imprinted in my memory both because of the evil that is reflected in such an act–and the over 3000 American lives tragically lost–and because of the powerful sense of patriotism and unity that can exist in our great country when we stand together. On this day, and on Veterans Day and Memorial Day, I say a simple prayer in gratitude for those who have suffered and died on our behalf–and remind myself to strive to be worthy of their sacrifice.

Interested in more national news? We've got you covered! See More National News
Previous Article MARSH MAN MASSON: This Is Why You Want To Fish Afternoons Right Now
Next Article BAYHAM: When The World Changed