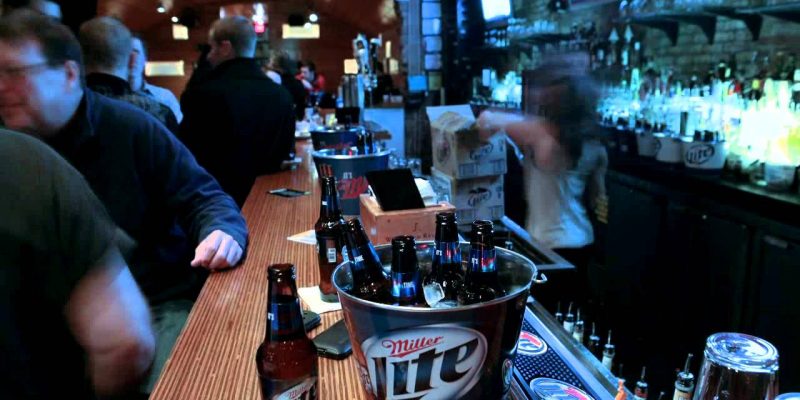 There is a column by the Advocate’s aging columnist James Gill, known increasingly for the recklessness and lack of accuracy of his poison pen, discussing an issue we haven’t done a whole lot on here at The Hayride of late – that would be net metering and solar energy.

Jeff Sadow had a post on the subject last week which did a pretty good job with it. Essentially, what’s going on is that the solar energy companies, who sold a bunch of people in Louisiana on the financial benefits of solar panels on their roofs via tax credits and so forth, have been demanding that utilities buy the excess solar energy those panels generate. A net meter is the device that measures how much juice is coming into a house from power lines and how much is going out from those solar panels, and keeps track of each.

Which is OK. The problem is their demand is the utilities pay retail electricity rates, not wholesale rates. Because at retail rates, you see, you can turn a little profit off those solar panels on a monthly basis (whether they ever pay for themselves is something we’ve seen arguments back and forth about).

Last week the Public Service Commission met and there was a big fight over this issue. The member of the PSC who led the fight against paying retail rates for solar power was Eric Skrmetta, and his position carried the day on a party line vote. Mike Francis and Craig Greene were with Skrmetta, and Lambert Boissiere and goofy old Foster Campbell were with the solar companies, who filled the room with howling clowns in an effort to intimidate the Republicans into a bad vote.

Enter Gill, who as we understand it spends much of his time creating the need for a beer pipeline from Milwaukee to Metairie at a particular saloon on Metairie Road before trundling off to a computer whereby he might hold forth on current events for his current employer. It turns out he had a few rays of his own particular kind of sudsy sunshine to sprinkle on Skrmetta and the PSC’s majority after last night’s carousings…

Thus, the green lobby squawked big time when the PSC decided to cut allowances for solar panel owners. There is no denying that this will shrink the solar industry, increase air pollution and help the bottom line of the utility companies that largely finance the election campaigns of the commissioners we pay to regulate them.

No surprise there, Louisiana not being famous either for its upright politicians or pristine environment. The PSC vote was split along predictable lines too, with the three Republicans siding with the utilities and the two Democrats taking the consumer’s side.

The difference this time was that these consumers are not the po’ folk who traditionally look to the Democratic Party for protection from grasping capitalists. If you can afford to install solar panels in the first place, you ain’t hard up. And, once you are producing your own power, you evade your share of what it costs to operate and maintain the grid, which can be a useful chunk of change. Thus, solar panel owners enjoy a subsidy from regular utility customers. Robbing the poor to help the rich is not supposed to be the point of the Democratic Party. That’s what Republicans are for.

Just joking, of course. The PSC’s leading opponent of subsidies for solar panel owners is the Republican Eric Skrmetta of Metairie. His commitment to social justice is so strong that utility companies shower him with campaign contributions.

Given that reducing carbon emissions may be among the earth’s most pressing imperatives right now, perhaps social justice should take a back seat. If a progressive state should be doing all in its power to make fossils history, Louisiana just cemented its reputation for backwardness with the PSC vote.

The Republican majority voted to reduce what utilities pay for solar-produced electricity transferred to the grid. Utilities, which have hitherto paid the full cost, will henceforth pay much lower wholesale rates. Existing users are grandfathered in at the higher rate for 15 years, but the incentive for new installations is greatly reduced, and the future suddenly looks dark for the solar business.

It is unlikely that the planet will notice the difference, because privately produced solar power accounts for an infinitesimal share of the Louisiana total. Still, no one measure is going to solve any problems, and maybe “every little bit helps” should be humanity’s guiding principle.

The Gulf States Renewable Energy Industry Association is naturally aghast. “Today three commissioners voted to send hundreds of high-tech Louisiana jobs out of state, as well as sending a big gift to monopoly utilities,” one of its members said. True, but to be fair to poor old Louisiana, it must be noted that a few other states have similarly reduced what utilities pay for power produced by rooftop panels.

Solar energy does exact an environmental cost — in the mining of quartz and copper for manufacture of the panels, for instance — but all scientific analyses show a considerable net benefit. Clean energy is a popular cause these days, albeit not necessarily at the Louisiana Public Service Commission.

That was posted at 10 p.m. last night, which is about three hours after happy hour ended at most places. Hope he took an Uber home.

All of this is crap, and it reads as though it was fed to him by whichever solar energy lobbyist was picking up his tab.

First of all, 98%, virtually all of the so-called solar protesters Gill identified, also testified and were employees of one company, a solar company called Posigen. I’m guessing they were paid to attend and testify, but where is the outrage about that?

Is it only reserved for utilities?

Never mind. We already know the answer to that is yes, because New Orleans newspapers already proved the point when they threw a fit about Entergy hiring ringers to support their power plant in New Orleans East at City Council meetings, after an eternity of never caring about the paid protestors the environmentalists and other left wingers have used since Saul Alinsky first thought up the tactic in the 1930’s.

Nobody is getting screwed here. In solar net metering, you get full retail credit for the energy you consume inside your house which is generated by your solar panels. The issue is what happens with the surplus you’ll generate on a sunny day. If you have surplus energy from those solar panels, you have the right to sell that to the utility whose transmission lines, that they pay for, come into your house.

Again, the issue is what rate you sell that energy to them for.

The PSC has had a moratorium for several year on allowing new rooftop solar. They did that so as to study potential rate impact from solar panels feeding into the grid on traditional customers. What does that mean? Well, the PSC’s concern is that by making the utilities pay retail rates to those solar panel owners, the overall cost of the power grid which would have to be borne by energy ratepayers – meaning the people who don’t have solar panels on their houses – might be driven up.

Who wants to be forced to subsidize some rich granola who puts solar panels on his roof, after all? That’s whose interest we’re talking about here. Skrmetta, Francis and Greene are the ones taking up for the little guy. They decided to restrict the rate for that surplus energy to the wholesale rate because doing so is the best way to protect your ordinary ratepayer.

The great irony, particularly with Gill, is that people who either rent their home or are too poor to afford solar gear, pay a subsidy to mostly well-off homeowners or commercial entities – one of whom, it turns out, is WalMart. He acts like Skrmetta and the Republicans are in Entergy’s pocket, or CLECO’s, or SWEPCO’s, but that’s nothing other than economic illiteracy. The utility doesn’t pay that subsidy; it gets passed on to the ratepayer. And screwing the ratepayer, who’s mostly downscale from the rich granola with the solar panels on his roof, is what Campbell and Boissier are doing – and what Gill is cheering them for.

And it’s not like the solar panel granola crowd made out so horribly here. They still got 15 years’ worth of grandfathering to recover their investment in those solar panels. They’re getting retail rates on their power surpluses for that whole 15 years. That applies to everybody who puts solar panels on their houses until the end of the year, too. Then, starting next year, if you’ve got solar panels on your roof you’ll get retail credit for the power you’re using that comes from those panels, and wholesale rates for the power you sell back into the grid.

As for the Posigen crowd, who turned that meeting into a circus and perked Gill’s attention in the bargain, they’ve got nothing to complain about, either. They can still sell the fact that new solar owners starting next year will get retail credit for power coming in from those solar panels, and wholesale prices for the surplus going into the grid. And Skrmetta pointed out something after the meeting which was mostly missed – namely, that this lifts the moratorium on new rooftop solar. They can sell solar to their hearts’ content now, in the knowledge there’s a stable rate structure unlikely to go away. In other words, those solar panels aren’t a taxpayer and ratepayer-fueled scam anymore, but rather a way to “save the planet” (not really) and shave your electric bill in the bargain, if you have the means to purchase those panels.

The guess here is this stuff is way too in-the-weeds for Gill, particularly after he’s finished with his “It’s Five O’Clock Somewhere” routine. But maybe he ought to lay off the complicated questions if he can’t hold his water on them, lest he become guilty of micturating all over the facts like he did on net metering.