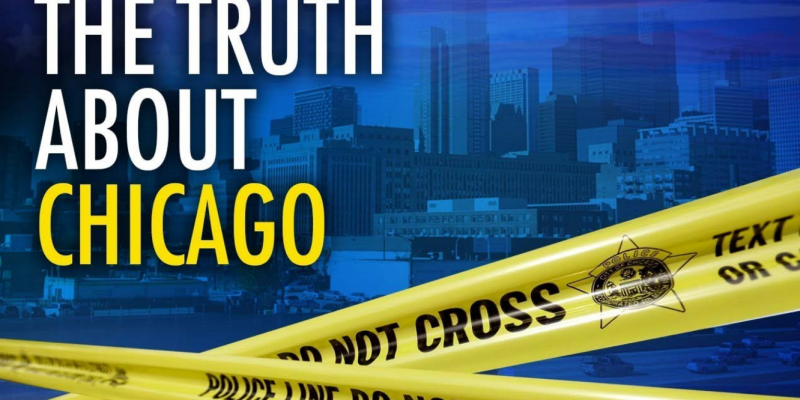 While Republicans in Texas are analyzing gun control after several shooting in the Lone Star State, seven were fatally shot and 34 were wounded in Chicago over the Labor Day weekend.

Gun violence was caused by criminals who obtained guns illegally.

“Gun control,” has not, and does not work, Texas Republican Sen. Ted Cruz argues, pointing to the violence in Chicago.

Gun control doesn’t work. Look at Chicago. Disarming law-abiding citizens isn’t the answer. Stopping violent criminals—prosecuting & getting them off the street—BEFORE they commit more violent crimes is the most effective way to reduce murder rates. Let’s protect our citizens. https://t.co/znHO31gDH2

60% of illegal firearms recovered in Chicago come from outside IL—mostly from states dominated by coward Republicans like you who refuse to enact commonsense gun legislation. Keep our name out of your mouth. https://t.co/yVM4JHL3xy pic.twitter.com/pr613A3dpf

Lightfoot then blamed Republicans, and called Cruz a coward.

60% of illegal firearms recovered in Chicago come from outside IL—mostly from states dominated by coward Republicans like you who refuse to enact commonsense gun legislation. Keep our name out of your mouth. https://t.co/yVM4JHL3xy pic.twitter.com/pr613A3dpf

She blamed Republicans for gun violence, arguing that defending the Second Amendment is similar to representing an “unwillingness to protect … constituents.”

Her Twitter bio says she serves constituents, “not the machine!” What “the machine” is remains unclear.

Mayor, the most significant “root cause” is that criminals have all the guns. One place to start is not releasing back to the public, but rather locking up violent, repeat offenders before they murder again: https://t.co/U2Hyn0CSiH https://t.co/v7PLn0ICnc

Over Labor Day weekend more than 1,000 officers were added to patrol the streets over the three-day holiday weekend, but violence was still up from the previous Labor Day.

Two black teenagers were killed, WLS-TV reports: one was 15-year-old Davantae Jackson, who was shot just steps from his home. A model student, he was supposed to start high school two days after he was killed.

His sister, Alexis Jackson, says her brother’s assailants called him on his phone and asked him to come outside before they shot him.

Two black adult men, ages 32 and 26, were shot dead on the front porch of a home on Chicago’s South Side, wounding three others.

Labor Day 2019 gun violence in Chicago is similar to that of Labor Day 2017, when 42 people were shot, seven fatally.

The problem is not gun control, researchers and social scientists point out. The problem is black on black crime, which has been heavily documented by law enforcement agencies.

In The War on Cops: How the New Attack on Law and Order Makes Everyone Less Safe, author Heather MacDonald, Thomas W. Smith Fellow at the Manhattan Institute and a contributing editor of City Journal, points to data showing that in Chicago blacks committed 76 percent of all homicides, yet they only represent 35 percent of the city’s population.

Of all juvenile arrests in Chicago, black youth accounted for 78 percent.

According to 2009 Bureau of Justice Statistics data, in 2009, “blacks were charged with 62 percent of robberies, 57 percent of murders and 45 percent of assaults in the 75 biggest counties in the country, despite only comprising roughly 15 percent of the population in these counties.”