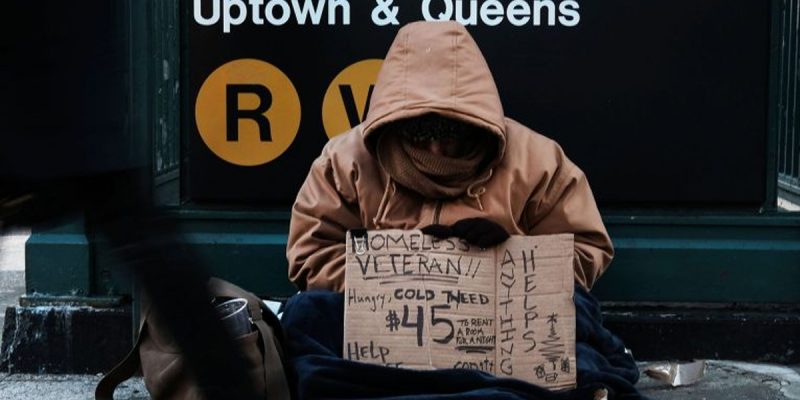 It’s clickbaity, and if we wanted to we’d make a big deal about the fact that Bill DeBlasio’s Sandinista regime in New York City has been exporting its homeless all over the country, including into Louisiana.

The New York Post had a story about DeBlasio’s moronic program, which essentially moves that city’s homeless out and supplies them with a check for living expenses someplace new – apparently, they think it’s worth it to cough up cash to relocate these people, though it would seem like the thing to do is take their money, spend it all and on your last dime make your way back to New York so they can pay to relocate you again.

In any event, it’s certainly outrageous if you’re a New Yorker…

From the tropical shores of Honolulu and Puerto Rico, to the badlands of Utah and backwaters of Louisiana, the Big Apple has sent local homeless families to 373 cities across the country with a full year of rent in their pockets as part of Mayor Bill de Blasio’s “Special One-Time Assistance Program.” Usually, the receiving city knows nothing about it.

City taxpayers have spent $89 million on rent alone since the program’s August 2017 inception to export 5,074 homeless families — 12,482 individuals — to places as close as Newark and as far as the South Pacific, according to Department of Homeless Services data obtained by The Post. Families who once lived in city shelters decamped to 32 states and Puerto Rico.

The city also paid travel expenses, through a separate taxpayer-funded program called Project Reconnect, but would not divulge how much it spent. A Friday flight to Honolulu for four people would cost about $1,400. A bus ticket to Salt Lake City, Utah, for the same family would cost $800.

Add to the tab the cost of furnishings, which the city also did not disclose. One SOTA recipient said she received $1,000 for them.

DHS defends the stratospheric costs, saying it actually saves the city on shelter funding — which amounts to about $41,000 annually per family, as compared to the average yearly rent of $17,563 to house families elsewhere.

But critics say the “stop-gap solution” has been fraught with problems, and ultimately has failed to help curb the city’s homelessness.

The Post even caught up with Jefferson Parish President Mike Yenni, who was full of bluster about being a recipient of DeBlasio’s new export commodity…

Some pols in towns taking in NYC refugees were shocked by the news.

“So in other words, if someone is in a shelter, y’all will give them money to go somewhere else if they have been there for 90 days? And some of those people have been sent to Metairie?” said Michael Yenni, president of Jefferson Parish, Louisiana, when The Post told him the community is among the SOTA destinations.

“I’m not in Mayor Bill de Blasio’s shoes. I don’t sit behind his desk, and I never will, but it’s certainly interesting. You have shocked me down here in beautiful southeast Louisiana.”

But we dug into this thing a little, and what we found was that New York City only placed one homeless man in Louisiana. He was relocated to Metairie.

That’s it. One guy. Our guess is that he ended up in Metairie because he was probably from the New Orleans area originally. Tulane is a lot more responsible for Louisiana bringing in New Yorkers than DeBlasio’s homeless relocation program, and those transplants might be a lot more deleterious to the state’s future.

It would be great for us if this was worthy of a lot of hysteria. Unfortunately, it just isn’t. Carry on with your day.