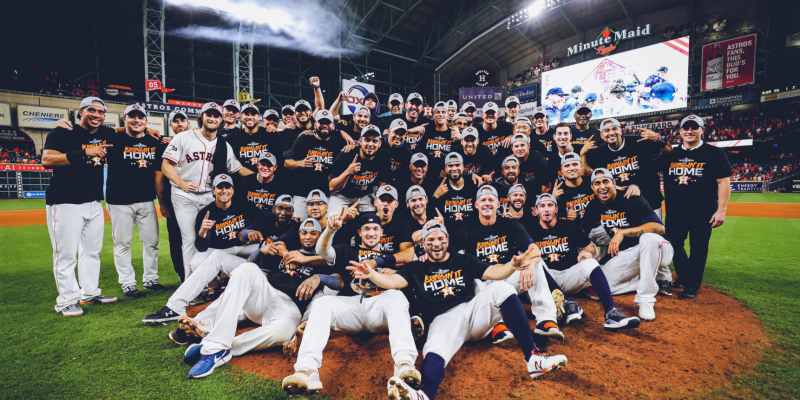 The Houston Astros are the first American League team to go three consecutive League Championship Series since the Tigers (2011-2013).

Beating the Tampa Rays in a grueling 5-game play-off, the Astros will face the New York Yankees who have also been breaking records.

The Yankees-Astros American League Champion Series will be the 5th postseason series between 100-win teams in the last three postseasons.

The Astros were led by an incredible pitcher Gerrit Cole whose strike outs were highlighted by MLB:

Enjoy all 25 of @GerritCole45's #ALDS strikeouts.

Astros owner Jim Crane rightly thanks the fans who went wild at the stadium:

#Astros owner Jim Crane: “Another big thank you to the fans. The crowd here tonight was phenomenal.” pic.twitter.com/Cb2I7DFxmA

The overpasses in Houston are lit up orange and blue:

Even Coca-Cola is celebrating the winning lineup:

The lineup that got us to the next round #TakeItBack @CocaCola pic.twitter.com/kHNjduld3u