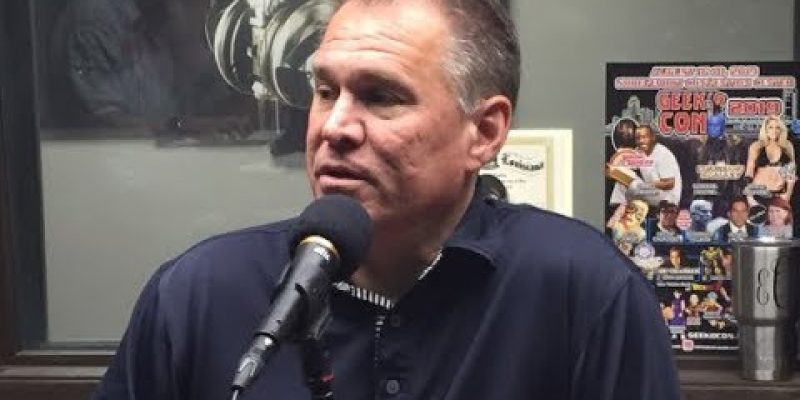 We always get a kick out of Rep. Alan Seabaugh when he gets going talking Louisiana politics, and he didn’t disappoint in a guest segment on Shreveport’s conservative talk station KEEL Thursday morning. Seabaugh went through Saturday’s election results with Robert J. Wright and Erin McCarty, and dropped bombs all over the Northwest Louisiana landscape in one of the more entertaining segments you’ll hear…

We couldn’t find anything to quibble with him on in that segment.

Robert Mills seems pretty certain to beat Ryan Gatti in the runoff for the Senate District 36 seat. Mills needs a little better turnout operation than he had in the primary, but he’s going to have a huge flood of campaign cash and third-party messaging to help him, And Gatti is the incumbent – and all he got was 38 percent on Saturday? Warm up the bus, Ryan.

Funniest line of the segment: John Milkovich is a “walking conspiracy theory.” We haven’t seen anything out of Milkovich yet with respect to challenging the results of the primary in Senate District 38, where he was blown out 51-26 by Barry Milligan, but it wouldn’t be a surprise to see him try to go there. Milkovich well earned his reputation as a nut in his four years in the Senate, and that tends to be something that colors one’s behavior.

Seabaugh is also correct in saying that no incumbent governor in Louisiana history has ever won a race after finishing below 50 percent in the primary. It’s also worth remembering that no Democrat incumbent has won re-election since Edwin Edwards in 1975, and John Bel Edwards (1) is nowhere near the politician Edwin Edwards was, (2) does not have the roaring oil-fueled economy Edwin enjoyed back then, and (3) is faced with an electoral powerhouse of a Republican party which barely existed in Edwin Edwards’ first two terms as governor.

And finally, Seabaugh wouldn’t say he has the numbers to be House Speaker, but he’s certainly going to make a run at the job and might well have the largest bloc of votes in that field as of now. We’ve thought for a while that while Seabaugh might not be able to line up the 53 votes he’ll need to get the speakership, what he’ll definitely be able to do is decide who will get that job by delivering his bloc of votes – much in the same way that Cameron Henry was able to make Taylor Barras the speaker in January of 2016 despite falling short of the mark in his own bid. For Henry that meant a spot as the Appropriations chair, and a role driving Edwards mad over the last four years.

Whether Seabaugh is able to duplicate Henry’s situation, or even become the Speaker, will depend on whether Rispone beats Edwards. As he noted, his endorsement of Ralph Abraham might weigh against him if Rispone wins, but that’s an unknown at this point. Should Edwards manage to win, the real concern would be whether the massive House Republican delegation, which will likely be 68 or 69 votes out of 105, agrees to pick a speaker within its ranks rather than to allow one of its members to line up votes from Democrats and independents and then find some 15-20 Republicans willing to be bought off with committee assignments and other perks.

That’s a premature discussion, of course, with the Nov. 16 election still to be decided.