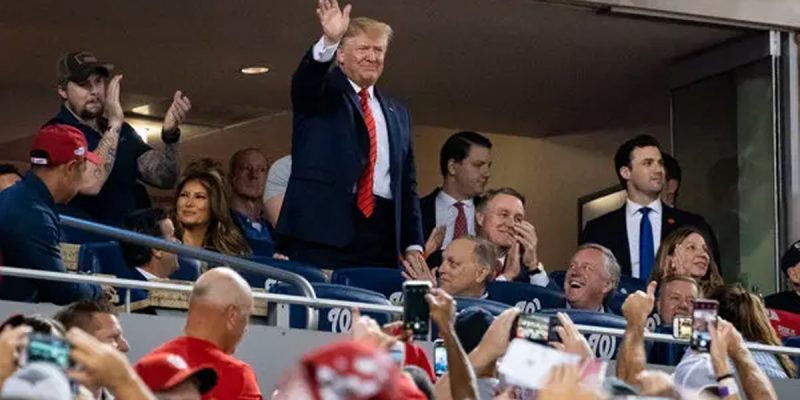 Over the weekend I did something of a penance: I attended the book talk of Hillary and Chelsea Clinton for their collection of essays about mainly leftist female figures.

Why did I put myself through this?  I was curious to hear what they had to say about political matters.

When I arrived at St. Charles Avenue Baptist Church, I did not see any protesters, not even the pesky Pro-Lifers that Chelsea complains about on social media (they were a mile away holding a quiet sidewalk march alongside the Planned Parenthood facility on Claiborne Avenue).

All of those present were eager to see and hear the Clintons (except me).  Considering the harassment and violence that greet any conservative speaker on a college campus these days, the contrast was remarkable- the Left gets to go where they please largely without drama while conservatives can’t even have dinner at a restaurant without a vote of consent from the waitstaff.

So what did I do?  I quietly and politely listened to the pair talk about their latest commercial offering and attempt to stay in the camera lens, to the chagrin of their fellow Democrats.

Nobody disrupted their talk or shouted from the rafters, though to be honest considering for what they charged for an unsigned book (truly the low-point of the event as I could not even salvage eBay value from this high school textbook-like tome) some airing of grievances were in order.

And while I hope she never gets anywhere near the White House aside from bringing a guest at a social function, Hillary Clinton is a former First Lady, ex-Secretary of State, and late presidential nominee and she should not be heckled at public events, if not for her sake then out of consideration for those who took time out of their day (and money out of their wallet) to listen to her peculiar take on the world.

Those individuals came to hear her and Chelsea, and not the screams of a protester.

If only conservatives could be afforded that same courtesy.

Recently there was a bit of a social media blow up when lesbian comedian Ellen DeGeneres was seen sitting next to former President George W. Bush at a Dallas Cowboys game.  The daytime talk show host received no shortage of grief from the Twitter locusts for socializing with a “war criminal.” Ellen was clearly rattled by the heat she drew from the social media mob though she did not back down, referring to the former president as a friend and encouraging people to engage with others with opposing views.

I’m sure Ellen has not yet finished paying for her blatant act of decency and reasonableness from an increasingly triggered society that passionately hates what it cannot comprehend.

Let the record reflect that a woman who enjoys playing pranks on her guests has more maturity and better judgment than entire news networks and daily newspapers.

At Game 5 of the World Series in Washington, the full fury of the Swamp was on display when President Donald Trump and First Lady Melania were loudly booed and heckled as their presence at the game was recognized by the stadium announcer.

To be frank, the first couple seemed almost pleased by it all as both the president and his wife wore broad grins as the collection of lobbyists, congressional staffers, bureaucrats, and overpaid NGO employees chanted “Lock him up!”

It should be noted that the president made a point of arriving at the game late so as to not hold up people from entering the stadium prior to the first pitch.

So much for Trump being considerate.

But the entire scene encapsulated exactly what the president is up against in the international capital of influence peddling.  Unlike the college students raging over a campus speaker they’ve never heard of or the prospect of a Chick-fil-A being opened at the student union, the monolithic bureaucracy that seems to remain in the Beltway while administrations change rightly sees President Trump as a clear and present danger to their existence.

The location of the stadium is itself a monument to the growth of the Beltway.  Situated in the Navy Yard section of the nation’s capital, I remember when the area was a slum that resembled a rough Baltimore neighborhood.  Today it has been totally redeveloped and is cluttered with brand new shiny hotels, high-end condominiums, and eateries.

Washington does not have any real industry beyond producing national debt.  And judging by the new construction and skyrocketing real estate prices, the facilitators of trillions of dollars of obligations are doing quite well.

After falling behind 2-0 in the World Series, the visiting Houston Astros swept the Washington Nationals at home and return to the Lone Star State with an improbable 3-2 lead.

Here’s to the success of both President Trump and the Houston Astros at “draining the swamp.”