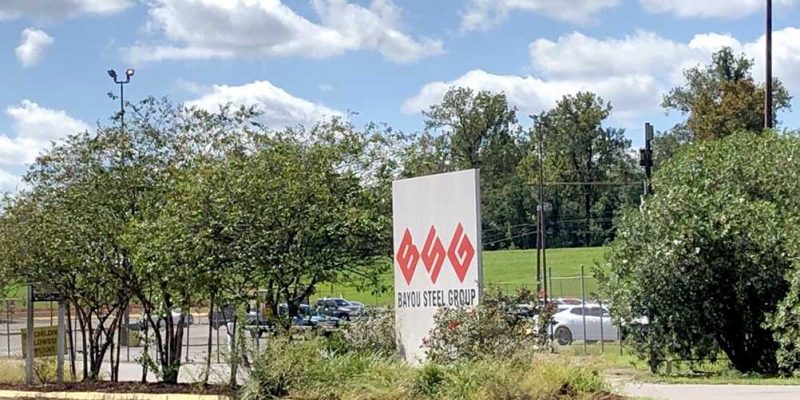 In case you missed it, as it happened while the Saints were knocking Tampa Bay around in the Superdome, the Trump administration gave no quarter to John Bel Edwards for his attempt to blame the closure of Bayou Steel in LaPlace, and the resulting loss of 376 jobs, on the president’s tariffs on China.

We covered this last week, and after having made a couple of phone calls to people in the know we concluded that Edwards’ statement blaming tariffs for Bayou Steel’s closure was a lie…

Bayou Steel, after all, is essentially a scrap metal recycler. They bring in junk metal, melt it down and turn it into something useful.

Now, as you might imagine that business works on a razor-thin margin. They would need to acquire their raw materials as cheaply as possible in order to keep that margin viable.

So ask yourself this – why would Bayou Steel be crippled by tariffs on steel coming from China?

To believe that you’d have to believe that the cheapest way for Bayou Steel to acquire their source material would be to bring junk metal in on oceangoing ships from China, rather than have it float down the Mississippi from junkyards and scrap sites in the heartland – or come in on train cars, as Bayou Steel is a multimodal facility.

To call that implausible is to be charitable.

We checked into this, and what you would expect to be the truth, is. Bayou Steel’s raw materials are predominately domestic. Not imported.

This is the kind of statement a politician like John Bel Edwards, who tells lies designed to bamboozle the ignorant and the stupid, will make as a matter of course.

He goes and blames Trump for Bayou Steel’s closure, knowing that his base will believe it because they want to believe bad things about the president. And he does it because he knows nobody in the legacy media will challenge him. They won’t challenge him because (1) they don’t know anything about business, (2) they’re lazy and (3) they want to help him.

If you want to look at external factors driving the closure of Bayou Steel, you might consider the fact that since John Bel Edwards took office they’re paying a great deal more on inventory taxes thanks to changes in the state’s tax laws. Or that sales taxes have shot up and are now among the highest in the country. Or that they’re now paying tax on business utilities, which for a steel mill running a furnace tends to be a big cost factor. Or that Louisiana is now taxing MM&E, where it was formerly exempt.

All of those changes, which have rolled in since Edwards took office, make it more than a little bit plausible for a Bayou Steel to decide it isn’t profitable to continue processing scrap metal into useful steel in Louisiana. A lot more than Trump’s tariffs on Chinese junk metal Bayou Steel would be stupid to buy in the first place, certainly.

And we’re not the only ones unimpressed by Edwards’ Bayou Steel bunkum. The U.S. Trade Representative was incensed over the governor’s statements.

The White House has slammed Gov. John Bel Edwards over the governor’s remarks about the recent closure of a LaPlace steel mill.

Edwards, a Democrat, had suggested Bayou Steel’s closure, which meant layoffs for 376 employees, could have been linked to the Trump administration’s trade war and corresponding tariffs.

On Sunday, Peter Navarro, assistant to the president for trade and manufacturing policy, called the governor’s remarks “a shamelessly partisan attack” in a statement to this newspaper.

“This is comically bad staff work: there are no tariffs on inbound recycled scrap and there is an abundance of cheap scrap on domestic soil,” he said. “Bayou Steel folded like a cheap tent under the weight of a leveraged buyout by Wall Street vultures picking the carcass of a highly inefficient and antiquated plant. Ironically, the Trump steel tariffs actually kept Bayou Steel as a going concern longer than it otherwise would have existed. Meanwhile, the Trump steel tariffs are rejuvenating an industry critical to our national security and economic prosperity; and we are witnessing billions of dollars of new investment across this great country.”

This week will see a whirlwind of activity among the Trump camp visiting Louisiana in advance of Saturday’s election. Today Donald Trump, Jr. will be in Lafayette for a rally, and on Wednesday former Trump campaign manager Corey Lewandowski will be in Lake Charles for the Hayride @Large Tour event. And on Friday, the president himself will be in Lake Charles to rally the troops behind Ralph Abraham and Eddie Rispone at Edwards’ expense. That comes after Saturday’s festivities in Kenner, where Vice President Mike Pence starred at a unity rally at the Ponchartrain Center.

It’s a good bet the Bayou Steel closure will factor into the rhetoric as the Trump camp descends on the state. The president is, after all, often keen on answering his critics’ lies – and Edwards is now firmly ensconced among the ranks of the latter, both in criticism of the president and his lack of truth.