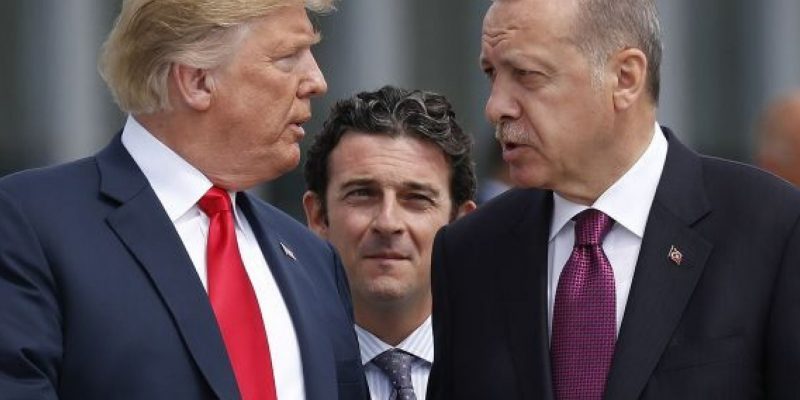 US troops stationed along the border of Syria began withdrawing on Monday as President Trump follows through on his promise to stop the “endless wars” in the Middle East.

Reactions to the news have varied with some Republican “hawks” like US Sen. Lindsey Graham (R-SC) voicing their disapproval. Meanwhile the Syrian Kurds, who lost 11,000 soldiers as the primary ground-force against ISIS, feel betrayed as their rival Turkey plans to launch an offensive in Northern Syria upon the completion of US troop withdrawal.

Many Americans are taking a sigh of relief as President Trump delivers on a campaign promise (despite having to break it to crush ISIS) to avoid unnecessary and never-ending interventions in the Middle East.

Following the overwhelming defeat of the Islamic State in Syria, President Trump no longer sees the need for a continued American military presence. He issued the following statement Monday morning:

“I was elected on getting out of these ridiculous endless wars, where our great Military functions as a policing operation to the benefit of people who don’t even like the USA. The two most unhappy countries at this move are Russia & China, because they love seeing us bogged down, watching over a quagmire, & spending big dollars to do so. When I took over, our Military was totally depleted. Now it is stronger than ever before. The endless and ridiculous wars are ENDING! We will be focused on the big picture, knowing we can always go back & BLAST!”

President Trump also issued a stern warning to Turkey, threatening to “destroy and obliterate” Turkey’s economy if they do anything “off limits”:

“As I have stated strongly before, and just to reiterate, if Turkey does anything that I, in my great and unmatched wisdom, consider to be off limits, I will totally destroy and obliterate the Economy of Turkey (I’ve done before!). They must, with Europe and others, watch over the captured ISIS fighters and families. The U.S. has done far more than anyone could have ever expected, including the capture of 100% of the ISIS Caliphate. It is time now for others in the region, some of great wealth, to protect their own territory. THE USA IS GREAT!”

The White House has also announced that Turkish President Erdogan has accepted President Trump’s invitation to meet, a sign that the US is in control and that the Kurds may be safe for now. ISIS leader Bakr Abu Al-Baghdadi is still wanted dead or alive by US coalition forces.