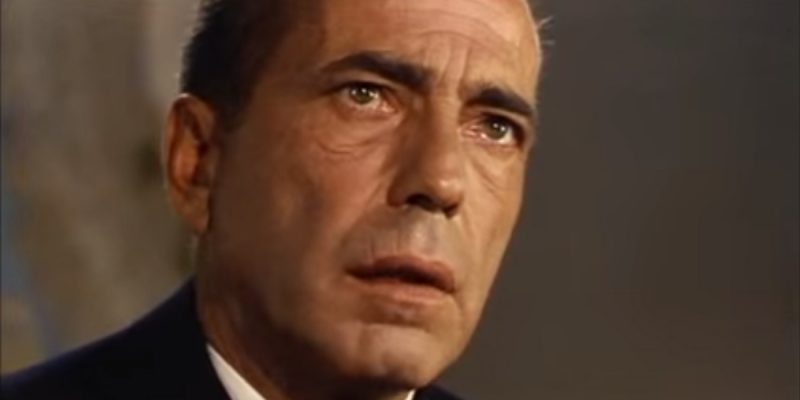 We’re not going to get into a full blow-by-blow of tonight’s debate, for a number of reasons. First, there was a lot more heat than light, and not a whole lot was said that you’d expect would move the needle. Second, we know nobody watched, since the debate was on opposite Game 7 of the World Series, and we know that very few people who will actually vote in the gubernatorial runoff are still undecided.

And third, what was decisive about the debate was not the rhetoric or argumentation. On the facts, John Bel Edwards had something of an edge – as he should, given that he’s a lawyer and a career politician and he’s been at the state capitol for 12 years. Edwards therefore has a higher standard to meet than Eddie Rispone, given that the latter has never run for office before and wouldn’t be expected to show all that much polish.

So why did Rispone win the debate?

We have never seen a professional politician melt down the way John Bel Edwards did tonight. If you’re looking for a video clip that sums up the final 35 minutes, try this one on for size…

Rispone had a way of needling Edwards with little interruptions punching holes in his statements, and those small, understated outbursts unhinged the man. He lost his cool, began screeching, hurled insults and invective and opened a window into his soul for all in the audience to see.

At one point Edwards told Rispone “You don’t know what you don’t know, and what you don’t know is astounding.” It was a display of public disrespect that in a former time would have resulted in pistols at dawn. Such a profound breach of decorum is not the norm in American politics, and for a reason.

It was an attempt at bullying, and it badly failed. Any undecided voters watching the debate would have to be people for whom public policy and ideological arguments don’t matter, and for such people the likely conclusion would be that John Bel Edwards is an obnoxious jerk who can’t stand a little heat in his kitchen.

And that Edwards thinks he’s going to lose.

It was pretty clear Edwards’ camp told him he had to get a knockout on Rispone, and that he had to drive home the narrative that Rispone was morally and intellectually unfit to govern. That meant he needed to force Rispone into a gaffe and he never did.

Sure, on some questions Edwards had the better answer, and Edwards clearly has a larger political vocabulary than Rispone does. As he should given the difference in experience between the two. And Rispone had five questions to ask Edwards, and we didn’t think he scored on any of the five, which was regrettable (why, oh why, are we this late in the campaign and John Bel Edwards has not been put on the spot about impeachment?).

But after a slow start Rispone started to get comfortable, and Edwards couldn’t back him down with aggressive rhetoric early, and the tone of the debate grew nastier. Rispone never lost his even keel, and Edwards started becoming more and more frustrated.

By the end he looked like a cross between Captain Queeg and Mount Pinatubo. Rispone asked him a question about his support for New Orleans as a sanctuary city, which isn’t a particular bombshell of a question – there’s an argument about whether it’s actually true, and there’s an argument about whether illegal immigration is a particular public policy problem that the state of Louisiana can do much about. The play was for Edwards to calmly say something like “New Orleans is a city with a lot of ethnic diversity and you’re going to get messaging from the local government that looks a bit different than you’ll get elsewhere, but I don’t think it’s very factual to make the place out to be Los Angeles. We’ll just have to disagree on this one.”

Instead, he erupted. “That’s a stupid question!” he bellowed at Rispone, and then proceeded to sputter about Jeff Sessions and the Justice Department and its characterization of New Orleans, to which Rispone calmly said that as far as he was concerned, if the city of New Orleans was supporting protests at the ICE field office downtown and refusing to cooperate with ICE that looked an awful lot like a sanctuary city to him. That got Edwards screeching even louder, in what was a disastrous meltdown.

Soft voters who care about the candidates’ tone would have been horrified by Edwards’ performance, which got worse and worse as the debate dragged on – so much so that it was clear the moderators were uncomfortable with the mess they were officiating.

It was probably the best result Rispone could hope for, and best of all nobody is going to demand he sit for another session of verbal abuse from Edwards. The election is now officially purely a turnout contest, as it has been since the primary ended.

UPDATE: We also have this…

Interested in more national news? We've got you covered! See More National News
Previous Article The Five Answers Eddie Rispone Ought To Give At Tonight’s Debate
Next Article GURVICH: Vote Early – The Earlier, The Better!