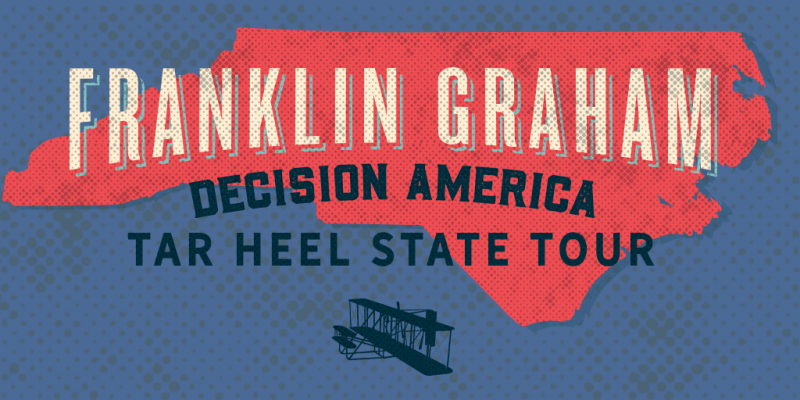 The purpose of the tour is “to proclaim the Gospel and join believers in praying for our nation, our communities and the lost.”

All events are free and no tickets are required.

Festival Park was packed Tuesday night with an estimated 9,200 people according to Fayetteville police.

“Our country is in a lot of chaos … a lot of trouble … and we need to pray for our country,” Graham told the crowd Tuesday night.

“All of us are sinners, all of us make mistakes,” Graham said. “But we’ve got to work together and quit the name calling and finger pointing and work together.”

The tour stopped in Tennessee and Texas in 2017, following the original 2016 Decision America Tour across all 50 state capitals, challenging Christians to lead lives rooted in Biblical principles and to pray earnestly for America.

Franklin Graham was born and raised in North Carolina and is the oldest son of Ruth and Billy Graham.