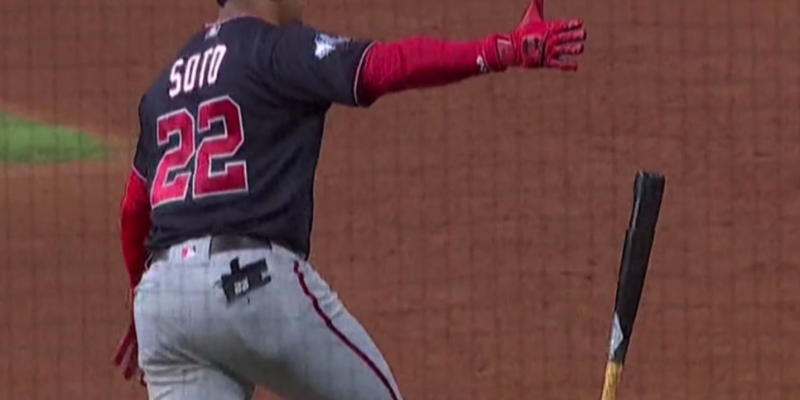 Cuban born Juan Soto is the youngest player to hit a go-ahead home run in an elimination World Series game since Mickey Mantle did in Game 7 of the 1952 World Series at 20 years, 353 days old, Baseball-Reference.com reports.

Just barely 21-years-old, Soto also joins only 6 batters since 1893 whose on-base percentage was at least .400 over the course of a season, before or during their age-20 season. And he bested them by being on the list twice.

Juan Soto is such an outlier I had a scout tell me there is only one comp for him: "Ted Williams." Through Age 20 seasons, it's not hyperbole. Really. https://t.co/0MDANOUabf pic.twitter.com/JVPKSFhKLg

His five home runs in the post season break a tie with Miguel Cabrera (2003) for the most home runs in postseason history by a player age 21 or younger. He is the youngest player to hit a 3-run home run in a single World Series.

Juan Soto is the youngest player ever to hit 3 HR in a single #WorldSeries. pic.twitter.com/c7TabF8POA

"I saw that, what Bregman did in the first inning… I was like, 'that was pretty cool, I wanna do that.'" – Juan Soto@Nationals | #STAYINTHEFIGHT | #WorldSeries pic.twitter.com/blurqO6cIX

Tfw you pitch a baseball to Juan Soto pic.twitter.com/7KBQpSBYpl

It is possible that he could be one of the best of all time in baseball, assuming he suffers no injuries.