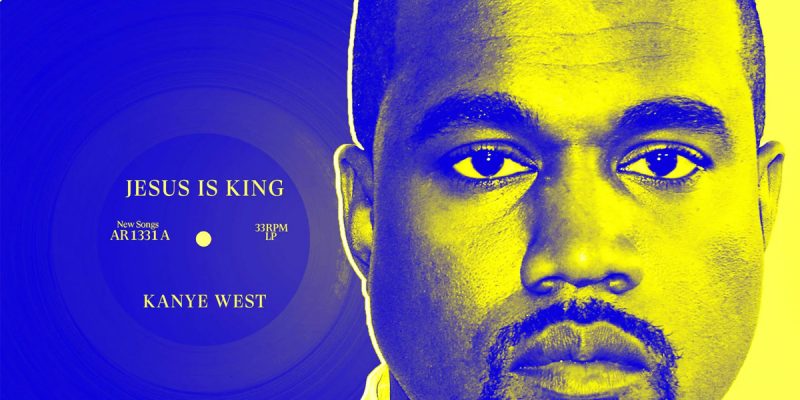 Mega celebrity Kanye West is born again and pushing back on political bullying from liberals. The recording artist just released his latest album titled Jesus Is King. His career has been infused with controversy for nearly fifteen years. The most interesting part is the change in his thought and the subsequent shift of Kanye’s public reception.

West has made some of his most audacious comments when the lights are brightest. After Hurricane Katrina in 2005, the rising star famously used a national TV appearance for a fundraiser to attack President George W. Bush when he said, “George Bush doesn’t care about Black people.” Kanye went on to act out in public and build a reputation as a narcissistic celebrity, claiming himself to be a musical genius. In 2009 young country rocker Taylor Swift won MTV’s Video of the Year and Kanye rudely crashed the stage, ripped the microphone from the teenager’s hands, and ranted that Beyonce should have won. America had two reactions to the controversy: appalled (mostly white people) and humored (mostly black people). Then President Barack Obama responded to that incident saying about West, “He’s a jackass.”

West was earning the title of Douche of the Century. Kanye married Kim Kardashian in 2013 ascending to new levels of fame with the fusion between two of America’s most recognized people in pop culture. Kanye continued to get in feuds with other celebrities, some of it very insecure, low level stuff. Then suddenly he woke up.

When Donald Trump won the Presidency, it appeared Kanye West had a political awakening. During a November 2016 concert in San Jose, California, Kanye said that he did not vote in the presidential election, “But if I would have voted, I would have voted for Trump.” Shortly after, Kanye met with the President-elect in New York City, and the liberals became unhinged. This was the introduction of the sky-screamer era.

Kanye does not promote traditional conservative beliefs. He’s something, although it may be a stretch to consider him Red-pilled (the popular phrase borrowed from the 1999 movie The Matrix to most often describe a liberal who woke up to the stupidity of Democrat-leftist-liberalism and converted to conservatism). Immediately following Kanye’s public support of newly elected President Donald Trump, Hollywood and the Left set out to destroy him. Kanye openly lives with bipolarity. Liberals who claim to be pro-mental health quickly use West’s bipolarity against him. The Left said he went from “woke” to “sunken.”

During an appearance on David Letterman’s new series My Next Guest Needs No Introduction, West said, “Liberals bully people who are Trump supporters” and pointed out high school kids being bullied for wearing Make America Great Again hats.

Liberals often accuse conservatives of being racist, but they only like black and Hispanic people and women when those people agree with their politics. As soon as a woman says she supports Trump, liberal women abandon her. Kanye supports Donald Trump, then suddenly the Left hated him, and they are OK with hating a black man. Other artists and media attempt to discredit him, with the goal to make his political comments invalid.

Then Kanye West began his Sunday Services. In early October, ‘Ye held an outdoor public performance in Salt Lake City, Utah. An estimated 7,000-10,000 people witnessed the event, which seemed like a futuristic religious service. Kanye spoke in support of Republicans and President Trump and the need for people to wake up and grow beyond identity politics.

“One in three African Americans in jail in this country. And we arguing about who taking a knee and what Jay-Z doing. There’s one in three African Americans locked up in this country. And what are we talking about? This reality’s here,” Kanye said. “That’s the Republican Party that freed the slaves. But yeah people want to call me a coon. Because I chose my right and in that, we got the right, right? We got our own right to our own opinions, right? Who I’m supposed to pick as the President. ‘You black so you can’t like Trump.’ I ain’t never made a decision only based off my color. That’s a form of slavery. Mental slavery.”

These comments and actions separate the artist from his traditional fan base. That means he is not doing this as simply a public relations stunt to generate news attention in advance of his new album release. The pro Trump comments cost him support. Sure, it did get attention from conservatives, but that doesn’t mean automatic fan support, just brief attention.

Kanye has experienced the virulent hate from the Left for his breaking from the set thought path the media and politicians expect people to follow.

“I said George Bush don’t care about black people. As soon as I wear a red hat I’m a coon,” Kanye said in a recent interview. The song “Closed on Sunday” praises Chic Fil A which translates to unloading an AR15 on the feels of the Non-Player Character leftists.

“We’re clear on where Chic-fil-A stands and where they put their money when it comes to the human and civil rights of LGBTQ+ folks,” said Dana White, who’s on the board of Collective Action for Safe Spaces. “We’re clear that the Trump Administration is currently targeting LGBTQ+ folks. Kanye’s lyrics here are an anti-LGBTQ stance with strategic timing.”

Taylor Swift and Kanye West have consistently been at the peak of American pop culture for the past decade plus. T-Swift, who plays the perennially victim role, has become outspoken on her liberal politics specifically in her support of murdering babies. Ten years ago few would have conceived that in 2019, white conservatives supported Kanye West and opposed Taylor Swift.

He might live with bipolarity, but he is self-aware, and he’s on a mission to enlighten others. To quote @The_Typical_Liberal, Kanye West doing his Kanye Best and he won’t Kanye Rest until he finishes his Kanye Quest of freeing the minds of those who are blinded by the Left.

Interested in more national news? We've got you covered! See More National News
Previous Article MASSON: How Much Longer Are We Going To Keep Springing Forward And Falling Back?
Next Article Juan Soto now ranked among the likes of Ted Williams, Mickey Mantle [videos]