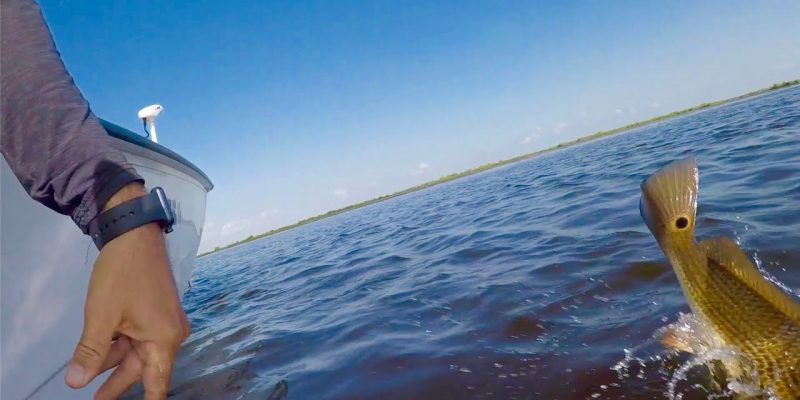 Every trip into the marshes is an adventure in discovery. Not only are the sights and sounds slightly different every day; the fish also behave uniquely depending on tide, water clarity, wind, moon phase or their whims.

So every attempt to catch them becomes an analysis of where they’re holding, how they’re feeding and which lures are most effective at fooling them that day. Sometimes it’s immediately obvious, and other days, it takes a little time.

The latter was the case on my most recent trip. I toted along my son, Joel, and his buddy Donny Steilberg of Pearl River, La., for a fishing challenge that had us all rummaging through the tackle box to find the one lure that would shine that day.

That was more important than usual because we had established rules forcing the last angler to catch a fish to use an ultralight rod loaded with 6-pound-test monofilament until he could actually put a fish in the boat.

Though it took us a bit to figure out exactly what the fish wanted, one lure surged to the forefront, and all three of us threw it to make the trip an overwhelming success. We put plenty of redfish, marsh bass and even an oddball species in the boat, and we had a blast throughout the process.

The trip was a clear demonstration of what makes the South Louisiana marsh so uniquely diverse and incredibly productive. There’s no place like it.

Like the video? Please give it a thumbs-up, and subscribe to the Marsh Man Masson channel on YouTube. Also, leave a comment below or on the YouTube page. What did you think of this challenge? Which baits do you think would have been most effective on the ultralight?

Interested in more news from Louisiana? We've got you covered! See More Louisiana News
Previous Article What Should We Make Of The Mason Dixon Poll Yesterday?
Next Article At This Point You’re Excused From Having To Believe Any Polling On The LAGOV Race…