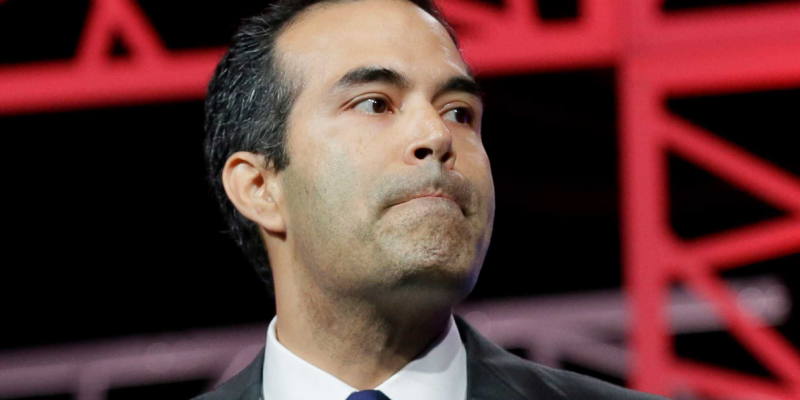 George P. Bush, the son of former Florida governor Jeb Bush and a Texas Land Commissioner, is running “a quiet campaign for lieutenant governor,” according to Kevin D. Williamson of National Review.

When asked if what a source told him was true, according to Williamson, Bush adviser J. R. Hernandez would neither confirm nor deny the rumor. Instead, Hernandez asked, “Who says it’s lieutenant governor?”

“While he wouldn’t challenge current Governor Abbott or Lieutenant Governor Patrick, if an opening presents itself he would absolutely consider serving Texans in a higher role,” Hernandez told Williamson. “When that moment arises, he’s ready.”

George P. Bush is the nephew of the former Texas governor and U.S. President George W. Bush. He was born in Houston and is a graduate of Rice University and the University of Texas School of Law.

“Over the last few months,” Hernandez says, “several activists and donors have asked Commissioner Bush to consider higher office in Texas. At this time, he is 100 percent focused on doing his job as land commissioner.”

In his role as land commissioner, Bush has come under fire over his handling of the historic Texas landmark, The Alamo, which resulted in a settlement with the Daughters of the Republic, although disputes over the Alamo Cenotaph monument are ongoing.

In 2018, Bush was accused of conflicts of interest with his handling of the taxpayer-funded “Alamo Trust,” according to Big League Politics.

In 2016, as the new Texas Land Commissioner, Bush spent nearly $1 million of taxpayer money to ensure the nearly 100 staff under the previous commissioner whom he fired would not sue him or the agency, according to the Houston Chronicle.

Interested in more news from Texas? We've got you covered! See More Texas News
Previous Article APPEL: Let’s Remember Who Gumbo PAC Is, And What Effect They’ve Had On Us
Next Article Texas GOP Chair: 99 Problems But Congressional Retirements Aren’t One