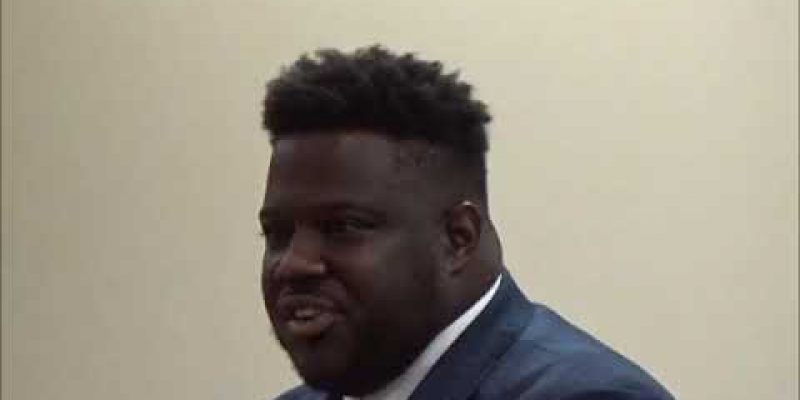 Well, let’s qualify that. Senate District 15 has been well and truly screwed for a long time, seeing as though Sharon Weston Broome held that seat prior to its current occupant Regina Barrow taking it over.

But now, Barrow has a race – and it’s a race to the bottom, as our favorite wannabe poverty pimp Gary Chambers is now campaigning against her.

Just how bad this thing is, and the direction of how it’s going, was on display at the Baton Rouge Press Club yesterday when Chambers and Barrow took turn pushing the usual narratives in a contest to see who could come off more vitriolic, hateful and entitled.

Here’s a highlight: the two were asked about St. George, and this is a video clip which will likely turn out the rest of the people in southern East Baton Rouge Parish to vote for the new city…

And then there was the Johnny Anderson question, in which both Barrow and Chambers were asked whether Gov. John Bel Edwards dropped the ball by hiring a known sexual harasser as his deputy chief of staff. Unsurprisingly, they took turns spouting the party line and shilling for Edwards, which was remarkable considering that both are quite prominent supporters of Southern University and as such could not have been ignorant of the six women who alleged they’d been sexually harassed by Anderson while he was chairman of Southern’s board during the Blanco administration.

The point being that Senate District 15 doesn’t have a quality option in Saturday’s election. Either way the district goes – whether it re-elects Barrow or makes a change and gives Chambers an official platform – District 15 will be represented by one of the worst members of the entire Senate.

But that’s not news.

The St. George answers aren’t really news either, seeing as though it’s always been understood that as soon as the votes are counted Saturday night and the incorporation is successful the lawsuits will begin alleging every manner of racial segregation, undue hardship and whatever other legal theories could be cooked up by the North Baton Rouge mob Barrow and Chambers are seeking to represent in the state senate. What’s also not particularly novel is the name-calling, particularly by Chambers, of the citizens of the proposed city as racists. It is somewhat noteworthy that Chambers somehow thinks North Baton Rouge has paid the freight for what will eventually be St. George, when the math quite obviously shows the opposite to be true.

But math has never been a strong suit in District 15. That’s one reason District 15 is well and truly screwed.