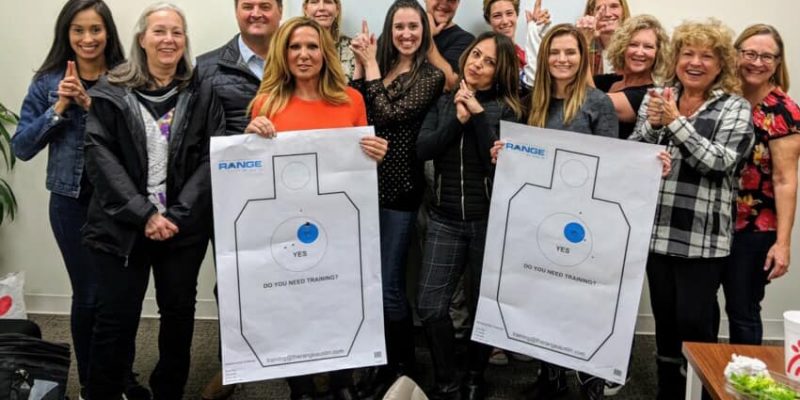 It is not masks or violent video games that are to blame for the uptick in mass killings.

Moms Demand Action, of course, puts the onus on the proliferation of firearms.

Republican women who live in and around the Texas Capitol, however, had a solution of their own:

Go shooting. And get good at it.

Though the events were not originally intended to coincide, the Travis County Republican Party Deputy Executive Director Lauren Day scheduled a GOP Girls and Guns fundraiser for Oct. 30 as a means to train women (men were welcome, too) to be proficient on the streets of an increasingly dangerous Austin. It had a secondary goal of raising funds and enthusiasm for 2020 elections — the Chief Justice of the Third Court of Appeals incumbent Jeff Rose attended and provided refreshments, and Texas House District 47 candidates Justin Berry and Aaron Reitz assisted with training.

The Texas Senate Select Committee on Mass Violence and Community Safety gathered that same day in wake of a racially motivated shooting at an El Paso mall in August that took the lives of 22 people and left many others injured. At the end of that same month, a shooting between Odessa and Midland took seven lives. At Lt. Gov. Dan Patrick‘s behest, the committee reviewed the role of digital media, racial supremacy, and violent video games in motivating shooters. Social media company representatives were notably absent, but the usual pro- and anti-Second Amendment factions were present.

Carla Birk, a Leander resident who testified at the hearing, said that she was at first concerned about violent video games, but that studies have not confirmed that suspicion. Birk told Spectrum News “not having strong families, people losing their church and communities” are bigger factors to consider.

Meanwhile at The Range (an Austin indoor shooting gallery that served as the event’s venue — not the cattle kind) Day said via Spectrum News she and the women at the event could name a number of reasons for mass violence before placing their sights on digital media, including a breakdown in community accountability.

“Most people don’t know their neighbors,” Day, a young mother of two children 2 years and 10 months old, said. “We need to keep an eye on our communities, our schools, our grocery stores, our movie theaters, and we need to be aware of our surroundings.”

Day told The Hayride she is considering another Girls and Guns outing in mid-November on a Wednesday, and that it will be announced by the local GOP.

“We owe it to ourselves and our children to be prepared,” she told Spectrum News.

In other Legislature-related news, Patrick released a list of Interim Charges, which are items for Texas legislators to consider and report on between sessions. We will have full coverage on these in Friday’s Hayride. (See list here, PDF format.)

At least one of the interim charges pertains to mass violence: to monitor how well SB 11 has performed which implemented “policies, procedures, and measures for school safety and mental health promotion in public schools and the creation of the Texas Child Mental Health Care Consortium.” Other charges cover gang violence prevention, anti-hazing legislation, and changes to capital murder criteria.