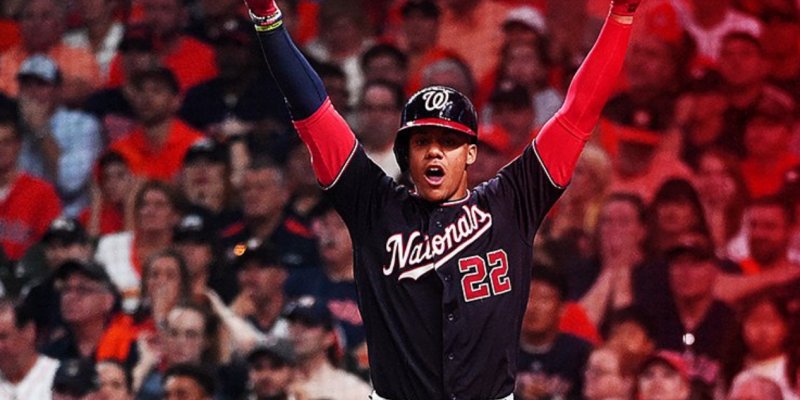 Heading into the World Series, the Washington Nationals won their first pennant since 1933.

They are the first team to win the first two games of a World Series on the road since the 1999 Yankees.

With many favoring the Astros to win at least one of the first two games at home in Houston, the Nationals obliterated them in the 7th inning of Game 2. It was an incredible inning to watch. Stolen bases, moving runners on bases, home runs, and epic blunders by Astro MVPs.

The world got to see what fans have known all along: the team loves each other and baseball.

The Soto shuffle and group hugs are the norm– and everyone dances in the dugout like they are in high school. They are truly fun to watch– and remind everyone what baseball is all about: loving the game.

We kindly ask that you bring us your potato emojis.

Because Michael A. Taylor just mashed a tater.

The @Nationals home run celebration is everything 😂

Why yes, yes it is! pic.twitter.com/rgblS9zR0d

The @Nationals are streaking back to the capital. pic.twitter.com/4ymfmd32wN