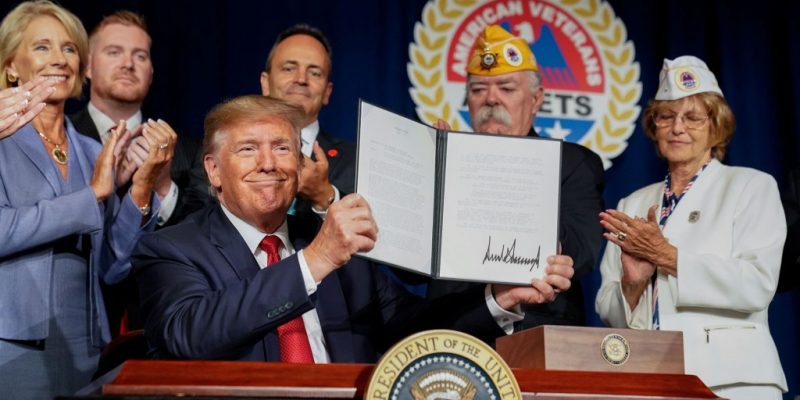 Trump tweeted his endorsement on Tuesday calling Louisiana Governor John Bel Edwards a “Nancy Pelosi/Chuck Schumer Democrat.” He also said Edwards “will NEVER be for us.” Trump closed his tweet with a reminder that early voting has already started.

In the tweets, Trump tagged the official account of the Louisiana Republican Party.

REPUBLICANS of Louisiana, it is really important for you to go out and vote on October 12th for either Eddie Rispone or Ralph Abraham (both Great), which will lead to a runoff against….

….a Nancy Pelosi/Chuck Schumer Democrat (John Bel Edwards), who does nothing but stymie all of the things we are doing to Make America Great Again. Don’t be fooled, John Bel Edwards will NEVER be for us. Early voting has already started! @LAGOP

Trump’s dual endorsement comes as Republicans feel more optimistic in the wake of the first early voting reports. According to the Secretary of State’s office, Republican early voting turnout is up over 6% from 2015 while Democratic turnout is down over 7%.

The Edwards campaign responded to Trump’s tweets in a statement to Nola.com.

Edwards, the only Democratic governor in the Deep South, has mostly avoided criticizing Trump during the campaign, even touting his meetings with the White House during his tenure. His campaign spokesman Eric Holl reiterated that message Tuesday, citing Edwards’ “good working relationship with Trump” that he hopes to continue in a second term.

“It’s no surprise that the President is voicing support for members of his own political party,” Holl said in a statement. “Gov. Edwards is focused on his own campaign. Voters know he has a long history of putting Louisiana first and putting people over party. He’s worked well with presidents of both parties, including President Trump. He’s visited nine times with President Trump, working with him on criminal justice reform, infrastructure and the opioid epidemic.”

Republicans are trying to prevent Edwards from winning the primary election outright by receiving over 50% of the vote. So far according to public polling, Edwards is polling in the mid-40s.

Republicans are confident that either Abraham or Rispone will wind up in the second-place spot and will force a runoff. If that happens, it raises the possibility that President Trump will bring one of his rallies to Louisiana for the runoff.