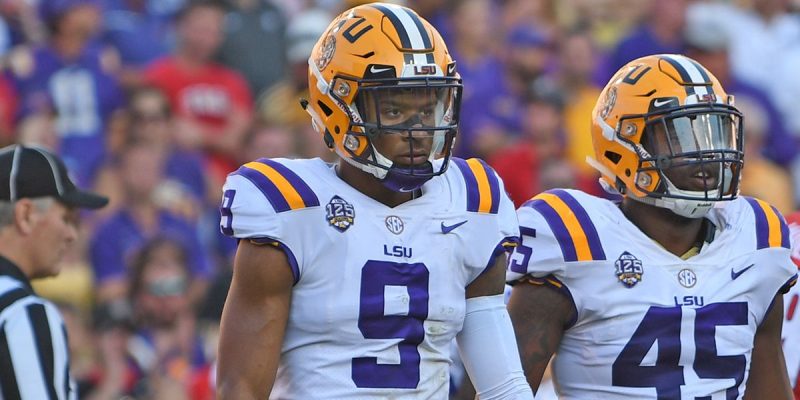 In the understatement of the year for LSU football fans, the Tiger defense needs to step up and shine down the stretch as this season winds down.

That shine couldn’t be any brighter than if stars Michael Divinity and Grant Delpit could return to form.

Divinity has been literally and physically gone for “personal reasons” since the week of the Alabama game on November 9. His absence has just as much to do with his body as it does the psychological impact he has. His three sacks while playing in only a handful of games this season is still tops on the team.

On Monday No. 45 returned to the Tiger practice field.

“We love Michael being back on the team,” said head coach Ed Orgeron. “Michael’s a great member of our football team that brings a lot of energy, brings a lot of things to our practice. He’s still unable to play, but he’s able to practice with the football team, as of now.”

Unlike Divinity, Delpit has indeed played in the last two games, but an ankle injury he suffered during the Auburn game on October 26 has made him largely absent on the field. His technique and tackling, already a concern because of his questionable play when he was healthy earlier in the year, severely hindered the Tigers’ efforts to slow down the Ole Miss offense this past Saturday night.

After giving up 28 points to Alabama in the second half of a 46-41 win, the Tiger defense was gashed for 614 yards in Oxford, including a Rebel record 212 on the ground by true freshman quarterback John Rhys Plumlee.

“On defense, we got to coach them better,” said Orgeron on Monday. “Starts with me. We have to put them in better positions. They gave us some schemes, some problems that we had to work on hard yesterday to get some answers for. Our players are going to get that today. No. 1, starts with me coaching them better. Number two, we have to make plays when we get in space, make tackles.

“I know we’re going to get it fixed. The men in our room are going to be fine. I believe in Dave Aranda, our coaching staff, and our players. We’re going to have a great defense, I know that.”

If they’re going to do that, they certainly don’t have much time to figure it out. Because if he’s talking about the 2020 defense, it is likely that a once-in-a-lifetime Tiger offense will go to waste.