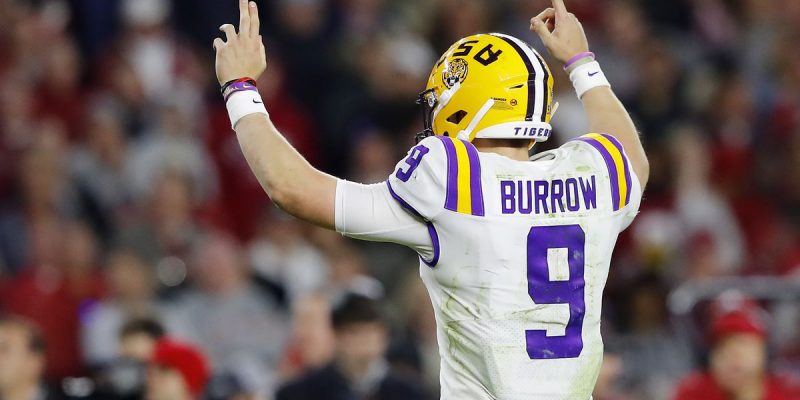 Records were broken and the scoreboard operator had no time for a restroom break as the top-ranked LSU Tigers rolled into Vaught-Hemingway Stadium on Saturday Night and survived a shootout in Oxford with a 58-37 victory over the Ole Miss Rebels.

With the win, LSU (10-0, 6-0 SEC) moved one step closer to clinching a trip to Atlanta and the SEC championship game.

This opening statement after the game was clearly a response to what questions Orgeron knew the media in front of him and every other Tiger fan has this morning.

What is wrong with the defense?

Even in amassing a 28-0 lead midway through the second quarter and leading 31-7 at the half, there were moments when the Rebel offense did what it wanted. That theme exploded in the second half when Ole Miss drove 75 yards in just two plays, the second coming on a 46-yard run by true freshman quarterback John Rhys Plumlee. When the Rebels got the ball back after a Tiger field goal, it again took only two plays to drive 75 yards, with Plumlee going right through the middle of the Tiger defense for a 60-yard touchdown run.

The second of two 2-point conversions made it a very uncomfortable 34-23 game.

“They had answers,” Orgeron said after his defense gave up 614 total yards. “He made a lot of good plays on his own. There are things we need to work on to get better.”

One thing that probably can’t get any better is the record-setting Tiger offense. Joe Burrow continued his waltz to the Heisman Trophy with a 489-yard night on 32-42 passing and five touchdowns. At one point in the game, he was 22-24 and had completed an LSU record 17 consecutive passes. He did throw two interceptions.

“I am [upset],” said Burrow after the game. “I had those two turnovers that can’t happen, that kept them in the game, and that was on me.”

Burrow’s current 3,687 passing yards for the season broke Rohan Davey’s record of 3,347 yards set in 2001 during the Tigers SEC championship run. J’Marr Chase caught eight of Burrow’s passes for 227 yards and three touchdowns, giving him an LSU-record 13 on the season. Justin Jefferson had nine catches for 112 yards and two touchdowns. The dynamic duo joined former LSU receivers Jarvis Landry and Odell Beckham Jr. in 2013 and Florida Gators Jabar Gaffney and Reche Caldwell in 2001 to each eclipse 1,000 yards in a season.

Not to be outdone was the Tiger running attack. Junior Clyde Edwards-Helaire continued to increase his NFL draft stock with 172 yards on 23 carries and a touchdown.

“Let’s enjoy the win,” said Orgeron. “Let’s don’t get greedy. Let’s keep our feet on the ground. Our object was to win the game, and we won the game. We won it by twenty-one points.

“But obviously when you don’t play good on defense nobody’s feeling good. That’s just the way it is.”

With its road schedule complete, the Tigers will try to find better balance on the offensive and defensive sides of the ball next weekend against Arkansas. Kickoff is set for 6pm CST on ESPN.