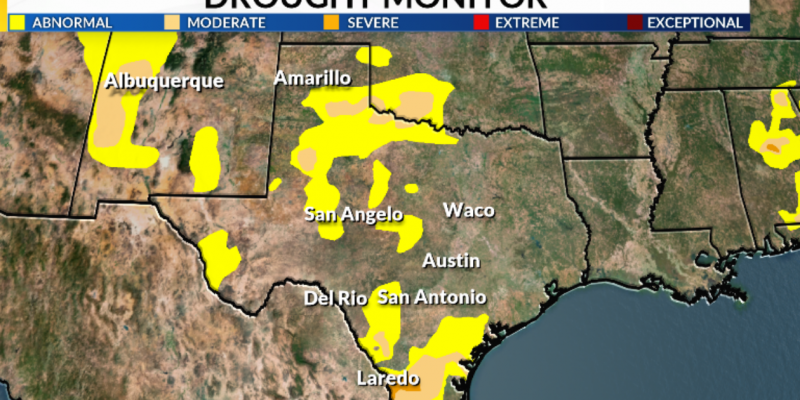 Significantly low rainfall and prolonged dry conditions continue to increase the threat of wildfire throughout the impacted counties, the declaration states, posing an imminent threat to public health, property, and the economy.

Under Texas State Code, issuing a state of disaster authorizes the use of all available resources of state government and of political subdivisions that are reasonably necessary to cope with this disaster.

According to the National Integrated Drought System, there are 7.29 million Texans living in drought, roughly 29 percent of the population. Approximately 4.27 million live in abnormally dry areas, accounting for 17percent of the state’s population.

The drought is a reversal from the beginning of the year when Texas started 2019 nearly drought-free posting its highest water supply since 1993, according to the Texas Water Development Board.