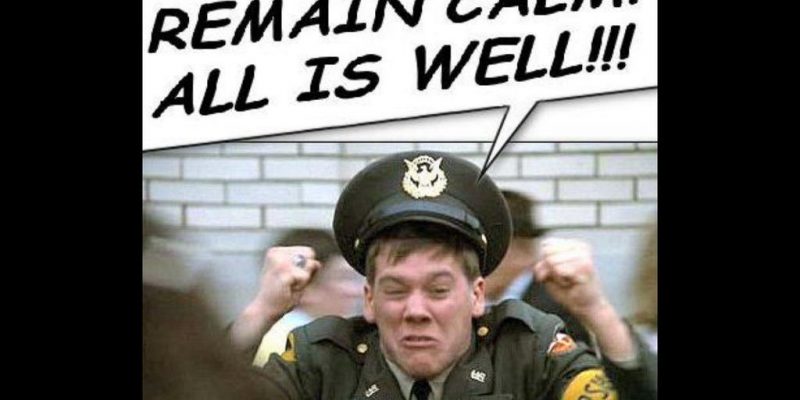 We might be able to defeat your naive perception that John Georges runs a newspaper rather than a Democrat Party media organ which has staged a hostile takeover of the newspaper market in the state’s most populous areas. The Advocate beclowns itself daily, but with today’s opening of the new terminal at the New Orleans airport we got to see its Kevin Bacon-style “All is well!” propaganda at its finest.

After an overnight switch from the old, 1950s terminal to the new facility on the other side of Louis Armstrong New Orleans International Airport, travelers reported no major problems Wednesday morning as a facility eight years in the making opened its doors to travelers for the first time.

With the exception of a few momentary backups, traffic ran smoothly along Loyola Drive and into the terminal. The roadway will be the only entrance to the airport for several years while the state works on a new flyover from Interstate 10, a situation that had raised concerns about snarls for those trying to get to the terminal or just travel within Kenner.

The Kenner Police Department said it responded to five accidents on the interstate Wednesday morning due to an influx of traffic near the new airport terminal.

According to police, between 6:30 a.m. and 9 a.m., five accidents with no injures were being investigated, and police say the accidents were attributed to the Loyola I-10/interchange.

Kenner police said the I-10 westbound off-ramp tends to back up onto I-10 where careless drivers are waiting until the last minute to exit, cutting off other drivers, and ending up in crashes.

Kenner police said they are monitoring the traffic patterns and coordinating with the Louisiana Department of Transportation and Development to develop light synchronization, which could alleviate the off-ramp backup.

Note the time of Chad Calder’s airport-traffic-is-fine story: 11:33 a.m. So there had been five wrecks that morning and yet nah, no major delays.

Here it was a little later, around noon…

Massive improvement over the course of the day, y’all.

Here was a shot we found on DOTD’s traffic camera at the Loyola Drive I-10 interchange around noon. The camera points east, so this is traffic coming from Metairie and New Orleans…

It doesn’t look that bad until you notice the absolute mess in the right lane backing up just about to Williams Boulevard, and how that mess creeps into the middle lane as people try to cut in line at the exit. Which is why you need a flyover ramp, which John Bel Edwards and his Department of Transportation and Development didn’t bother to build for three years while the new terminal was under construction.

Thankfully, we didn’t see that traffic was a particular mess eastbound, which is a blessing of sorts for people who would need to come into New Orleans from Baton Rouge or other parts west of the New Orleans area.

The image on the left is the one facing west, and you can see that long line of cars waiting to exit the interstate, with that stack-up backing traffic up all the way out to St. Charles Parish and beyond. Now – yes, this is in afternoon rush hour traffic, so yes, it’s not surprising you’d have rough traffic. But again, the exits are not supposed to back up the interstate. This is why you have a flyover ramp. Interestingly enough, traffic going out of the city doesn’t seem to be backed up because of the airport exit, so that’s fortunate.

But to say this isn’t a traffic nightmare? Please. Of course it is. You can say it’s not quite as bad as the worst fears – that almost assuredly comes on Friday, when airport traffic picks up for the weekend tourist rush – but this is not what you call “no traffic snarls.”

You can expect the Advocate to do everything it can to downplay the colossal screwup of not having flyover ramps to service that new airport terminal, because were they to report it accurately they would have to report that things are the way they are because John Bel Edwards, whom they have tied themselves to with bridge cable, dropped the ball.

But increasingly, people don’t need propaganda organs like the Advocate to get information about the world they live in. So when there are five wrecks at one interchange in two and a half hours and the Advocate says, “All is well!,” you are under no obligation to believe it.

UPDATE: Oh, sure. The Advocate did get around to covering the wrecks. But here’s how they covered that story…

The terminal’s opening day saw five traffic accidents and periodic ramp backups from 6:30-9 a.m., which Kenner authorities are attributing to the Loyola Drive and I-10 interchange, the airport’s new exit. No injuries were reported from these crashes.

During times of backup, police said some drivers were careless in trying to exit at last minute and cut off other drivers already waiting in traffic. Traffic issues were expected, according to police, and they have officers ready to navigate nearby airport traffic if it gets worse.

Remember what happened to Kevin Bacon at the end of his “All is well!” screechings in Animal House’s final scene… 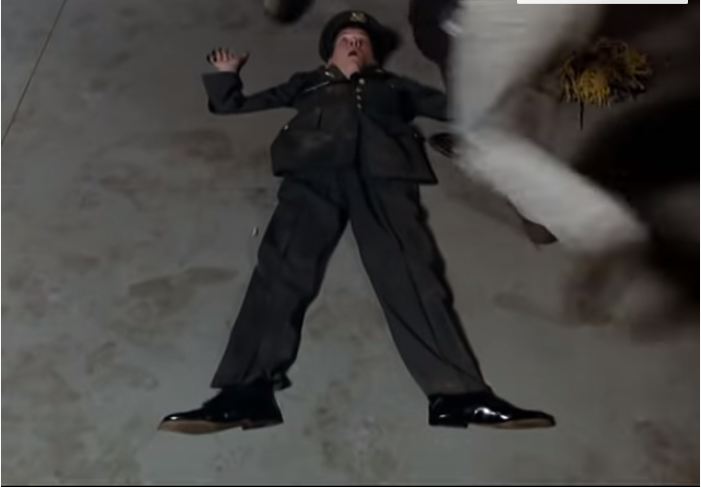