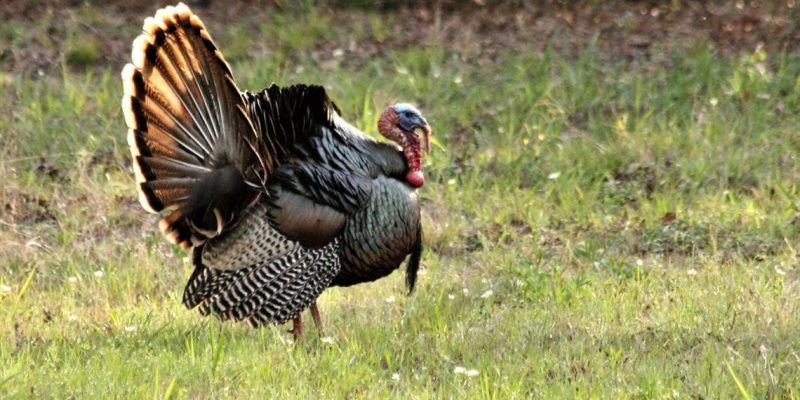 Since the beginning of the Ringside Politics TV and radio shows, we have enjoyed an annual Thanksgiving tradition of awarding our “Turkey of the Year” to recognize individuals who distinguished themselves in a particularly foolish way. It seems appropriate since turkeys are commonly regarded as one of the most dim-witted animals on the planet.

The winners are selected by our viewers and listeners and each year it is a robust competition with many deserving celebrities and politicians. Previous winners have included both Democrats and Republicans, so it is truly a bi-partisan award. Here is a partial listing of some of our past top turkeys: filmmaker Michael Moore, former House Speakers John Boehner and Nancy Pelosi, former President Barack Obama and former New Orleans Mayors Mitch Landrieu and, current federal inmate, Ray Nagin.

In 2018, former Speaker of the House Paul Ryan (R-WI) was the clear choice for Turkey of the Year. Ryan is an establishment Republican who was a very weak House Speaker. His major accomplishment was the passage of the tax cut bill. He failed to deliver on an array of important issues such as border security and entitlement reform. He did not pursue an aggressive or conservative agenda. In fact, his weak leadership was one of the major reasons that the Republicans lost control of the House of Representatives in the 2018 midterm elections. This led to the impeachment nightmare and the constant harassment of President Donald Trump, which probably delighted Ryan who take advantage of every opportunity to criticize the President.

This year, our viewers and listeners nominated several dozen individuals and groups, all with outstanding credentials to become our Ringside Politics Turkey of the Year. Nevertheless, the clear winner with the most votes and the best choice for our 2019 award is House Intelligence Committee Chairman Adam Schiff (D-CA).

Schiff has been suffering from a horrible case of “Trump Derangement Syndrome” for years. Ever since the President’s election, Schiff has been obsessed with his impeachment. He was so driven to destroy the President that he allowed some Russian comedians to prank him on a phone call promising to provide pictures of “naked Trump.”

After the President released the transcript of his call with his Ukrainian counterpart, Schiff realized that the details were too benign, so he fabricated the contents of the call in a “parody” speech to the American people from his seat as Chairman of the House Intelligence Committee.

For weeks, he conducted secret impeachment hearings and interviewed witnesses in the basement of the U.S. Capitol. It was so biased and unfair that Republicans stormed into the hearings to protest the proceedings.

Eventually, the public phase of the hearings was announced, and all the news media eagerly anticipated the “Schiff Show.” In fact, all the major broadcast and cable news networks televised the hearings. Instead of producing bombshell testimony implicating the President in a crime, Schiff presented to the American people a collection of witnesses who relied on hearsay and did not ever directly talk to the President. Some of the witnesses had never met the President.

It seems the American people realize there are major problems with the impeachment process. The inquiry was approved by the House of Representatives without a single vote from a Republican member, while two Democrats voted with the Republicans against launching the inquiry.

Schiff has devoted all his committee’s attention to this witch hunt and failed miserably. After two weeks of public hearings on the impeachment of President Trump, the result is that more people are sympathetic of President Trump and fewer people want to impeach him.

The American people are becoming fatigued with this unfair partisan process. According to a recent poll by Emerson College, support for impeachment has fallen from 48% to only 43% in the last month, while opposition has increased from 44% to 45%. The Emerson College poll also showed that the President’s approval rating has increased from 43% to 48% in the last month.

While Schiff and his colleagues are focused on impeachment, the American people want Congress to address other issues. In a recent piece published in Vanity Fair, Ken Stern examined poll results of independent voters who ranked impeachment last among 11 issues. These independent voters were primarily concerned with fiscal health, the budget deficit, infrastructure among other longstanding concerns. Instead of dealing with these issues, Schiff and other House Democrats are trying to destroy President Trump.

Eventually, Schiff’s antics may cause a backlash against House Democrats, especially for those 31 members who represent districts won by Trump in the 2016 election.

Our country will soon know the outcome of impeachment and how it will impact the 2020 election. In the meantime, we know Congressman Adam Schiff is helping the very person he wants to destroy, President Trump. With such a misguided and failed mission, Schiff is a perfect choice for our 2019 Ringside Politics Turkey of the Year.