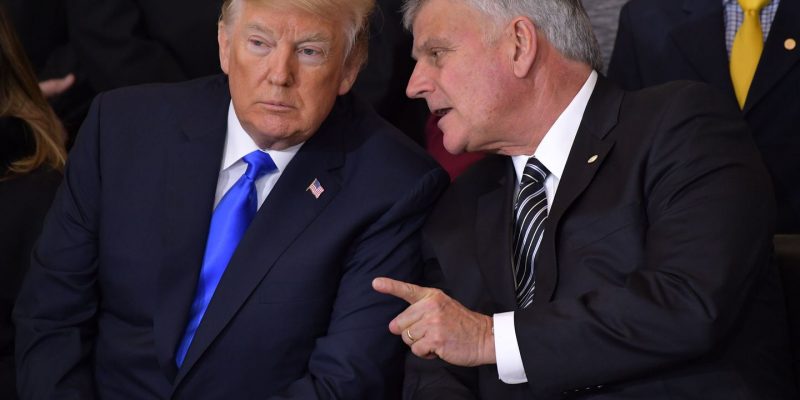 Following the publishing of a pro-impeachment opinion piece in Christianity Today, the son of its late founder Rev. Billy Graham rebuked the publication.

In his pointed response, the good Reverend says his late father Rev. Billy Graham would disagree, revealing that he voted for Donald Trump and believed in him as President saying,

“Yes, my father Billy Graham founded Christianity Today; but no, he would not agree with their opinion piece. In fact, he would be very disappointed. I have not previously shared who my father voted for in the past election, but because of this article, I feel it is necessary to share it now. My father knew Donald Trump, he believed in Donald Trump, and he voted for Donald Trump. He believed that Donald J. Trump was the man for this hour in history for our nation.”

“Thank you to Franklin Graham for stating that his father, the late great Billy Graham, voted for me in the 2016 Election. I know how pleased you are with the work we have all done together!”

Making matters worse for Christianity Today, dozens of other prominent leaders joined Rev. Graham in rebuking the political attack from the once-respected organization.

“The editors didn’t tell us who should take his place in the aftermath. Maybe the magazine would prefer a president who is passionately pro-abortion, anti-family… I hope the editors will now tell us who they support for president among the Democrat field. That should tell us the rest of the story.”

Tony Perkins expressed his displeasure via his website saying,

“By invoking the Ten Commandments and implying that Christians must support the impeachment charade or else they are not loyal to God crosses the line. Who would he have Christians to support? Those who want to open the flood gates of taxpayer-funded abortion, including up to the day of birth?”

Adding to the stunning rebuttal, more than two hundred evangelical leaders, including our own Dr. Lance Wallnau, signed a letter sent to Christianity Today condemning the call for impeachment and the claim that supporters are “far right”.

One part of the letter reads, “Your editorial offensively questioned the spiritual integrity and Christian witness of tens-of-millions of believers who take seriously their civic and moral obligations.“

We’ll leave you with the following words of Dr. Alveda King,

“I pray for [him] every single day! Why? Because in this world there are evil forces trying to destroy the good. Jesus has the victory and Donald Trump is a True Man of God!”